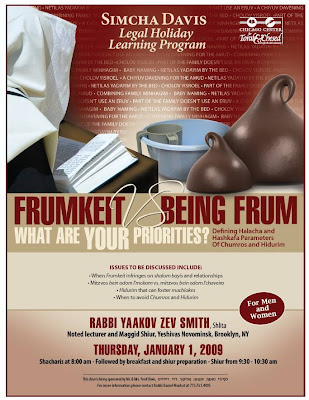 When it came time to check up on his son in yeshiva, Rav Simcha Zissel Ziv, the Alter of Kelm, would sometimes simply go into his son’s dorm room to see if everything was in an orderly fashion.  If everything was in its place, he knew his son was excelling in the yeshiva.

Beyond BT just posted a true must read titled “What, Judaism Can Actually be Fun?”.  For those “kiruv professionals” or the ever growing group of non-professional kiruv individuals, this post is worth the read.

As the neiros Chanukah increase
So should my connection to the
Source of all light increase
Please, Hashem, let that light be shared by all

Rabbi Dessler even sought to tape his shiurim in Ponevezh Yeshiva and send the tapes back to England.  The idea of a tape recorder in the beis medresh, however, was still novel in those days, and he was advised not to do so. (Page 312)

I, however, am curious, if anyone out there has ever heard or even owns recordings of Rav Dessler?  I was once told that recordings were made at one point.  I’ve seen hand written letters and shiurim he has sent talmidim, but it would be amazing to actually hear a recording of Rav Dessler. 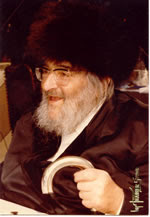 Rabbi Micha Beger has a very beautiful and powerful chiddish about a line in Mazo Tzur that you can read on his blog, here.

Whenever R’ Nosson Zvi saw any good deed in a talmid, he would praise and honor him, speak to him for hours, and sometimes even hug and kiss him.  This was especially true when the deed was one of chessed, such as doing someone a favor, caring for the sick, or nice behaviour. 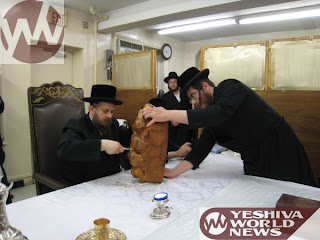