Rabbi Yisrael Lipkin of Salant
While living in Mamel, R’ Yisrael instituted the practice of lighting the ovens in the beis medrash very early in the morning, so that the wagoners who crossed the border at night would be able to come in and warm themselves.

Although my wife and I loved the Shaloch Manos that we made this year. I had several other ideas that I knew wouldn’t even make the cut. Here’s one of them:

Packaged in this box:

Can you guess the theme?

Rabbi Yisrael Lipkin of Salant
So careful was R’ Yisrael to honor others, that he would even address young boys with the formal you (Ihr) in Yiddish in order to develop their self-esteem.

Last year I posted the following:
I’ve always found in interesting that one can fulfill the mitzvah of shaloch manos with two different types of food that fall under the same bracha (like a can of Coke and some prepared salmon). From a bracha point a view the foods are the same, yet have very different characteristics. Each person is also, on the surface, similar, yet we each have different personalities.

I think the other angle, that both foods can have the same bracha made over them is also worth thinking about. Rabbi Pinchas Stolper, in LIVING BEYOND TIME, quotes a beautiful idea by Rav Hutner z”tl. Rabbi Stolper write (based on Rav Hutner) that “the practice of gift giving and charity is unique to Purim, because it was on Purim that the Jewish people reaccepted the Torah. Unity is a prerequisite to the giving of the Torah. The Torah records that when the Jews prepared to receive the Torah, “Israel camped against Mt. Sinai.” The Hebrew word camped, vayichan, is written in deliberately written in the singular instead of the plural so as to inform us, as Rashi observes, that the Jews assembled at Mt. Sinai “as one man with one heart,” fully united.” (page 264)

Rabbi Stolper points out later that in Megillas Esther (9:23) we have the phrase, “ve’kubale haYehudim la’asos, And the Jews undertook to continue that which they had initally undertaken.” Again, the word ve’kibale is written in the singular. We were again an Am Echad when we reaccepted the Torah in the days of Purim.

This concept of being unified when being given the Torah is so important. IMHO, when it comes to Purim we want to emulate Hashem by giving, as this is one of the most direct ways to attach to Hashem (see Rav Dessler’s Kuntres HaChessed, or Discourse on Loving Kindness). “Man has been granted this sublime power of giving, enabling him too be merciful, to bestow happiness, to give of himself.” (Strive For Truth! Volume I, page 119). This idea of Rav Dessler’s has recently been “given over” and expanded by the author the Bilvavi Mishkan Evneh in the translation of video seven, here (link thanks to Dixie Yid).

Ultimately, by giving to another (especially to someone we are not so close with) we are making a connection. We, in essence are looking past the differences that we have on the surface, no matter if those differences have to do with where we daven, if we daven, what we wear on our heads, or where we send our precious children to get their education. While it’s important to maintain one’s uniqueness within the collective whole, the bigger picture is that it doesn’t matter if it’s a Coke or some salmon we all fall into the same category, that being a Yiddishe Neshama.

A Freilichen Purim to you!

Last month I had the privilege to hear Rabbi Paysach Krohn speak about “Being a Jew in today’s workplace”. One of the most important things I felt that he said over was that we must strive to be emesdik and ehrliech when dealing with both Jews and non-Jews. He said we can become close to Hashem by being honest. He then quoted a Rabbeinu Bechaye that is gevaldik.
Rabbeinu Bechaye says this importance of honesty brought in the first words of the Torah. Every nekuda is in the first pasuk of the Torah, except the shuruk. He explains that this is because the letters which spell the word shuruk (shin-reish-kuf)can also be rearranged to spell the word sheker (shin-kuf-reish), lying, and because sheker cannot be even hinted to in foundation of the Torah. Hashem created this world to be a place based on truth, there was no room for sheker!

LONELY MAN OF FAITH
The life and legacy of
Rabbi Joseph B. Soloveitchik
PRESENTED BY:
CHICAGO RABBINICAL COUNCIL
AND IDA CROWN JEWISH ACADEMY
Tuesday, April 1, 2008 at 7:00 p.m.
Congregation K.I.N.S, 2800 W. North Shore Ave.
Open to public. No charge. Separate seating available.
A panel with producer, Ethan Isenberg, and
Rabbi Gedalia Dov Schwartz, Av Beit Din of the cRc, will follow.
For more information, call ICJA at (773) 973-1450 or
the cRc at (773) 465-3900
From the movie’s webisite:
Lonely Man of Faith is a new documentary film on the life and legacy of Rabbi Joseph B. Soloveitchik, the intellectual leader of Modern Orthodox Judaism in 20th Century America. Throughout his life, in Europe, New York and Boston, he struggled to forge a path between Jewish tradition and the modern age, an ordeal that frequently resulted in loneliness. His impact was tremendous but his legacy was complicated.

Rabbi Yisrael Lipkin of Salant
What a person of midos can achieve during a Purim seudah, a ‘pious’ man without good midos can lose during Kol Nidrei on Yom Kippur. 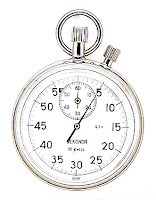 (from Dkimages.com)
Recently we spent a delightful afternoon with good friends at the Jelly Belly Center, here. On our tour of their facility, I hear the following statement:
It takes between seven to ten days for our factories to make a Jelly Belly bean. It takes just one second to eat one.
While I was wowed by all the cool flavors to eat, I kept thinking about that statement. It hit a cord with me. Not a big, Earth shattering cord, but a more simple and grounded cord. I say the appropriate brachos before and after I eat and drink, but I really should give some thought as to all the effort that goes into the items I’m making my bracha over. From a simple Jelly Bean to a Shabbos meal, there’s a vast amount of effort that takes place. It takes just one second to eat one. I’m sure that working on my Hakoras HaTov is worth more one second of enjoyment.

A Simple Jew recently asked me:

I have always preferred sifrei Chassidus over sifrei Mussar. I find sifrei Chassidus to be uplifting and many sifrei Mussar to be somewhat depressing since they break me down and remind me that I am nothing. Although they may be the right prescription for another type of neshoma, I feel that for me it would be equivalent to taking the wrong type of medicine.As someone who feels an attraction to sifrei Mussar, do you think my observation is an oversimplification?

My answer can be found here.