R Avraham-Elya Kaplan, a beloved student of the Alter, wrote the following poem, “As I Listen” in 1912. The poem describes the how the Alter “captured the hearts of his talmidim:
The spark of the heart of the sage of Israel,
fanned by his past,
Guided by the force of his presence,
solaced by his morrow,
Angered by the rebellion of his challengers,
constrained by the cry of his pain,
Is carried atop his storm
in a desert of exile and wandering.

A boy once came with a sullen face.  R’Nosson Zvi began to whistle and sing, “Should a person blessed with delights be sad” again and again until the boy was affected by the tune and the boy cheered up. 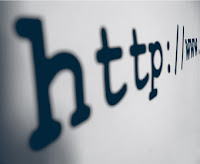 Rabbi Micha Berger just started writing about the sefer Shaarei Yosher by Rav Shi’mon Sh’kop (who was the rebbe of Reb Dovid Lifshitz).

Rabbi Revuen Brand, Rosh Kollel of the YU Torah MitzionKollel of Chicago has a great shiur available to listen to or download titled, The Character of Elul.

Also, Elul wouldn’t be Elul with posting a link to “Elul in Slabodka“.

In Slobodka tamidim who devotedly attended the sick were forgiven for any shortcomings.

Aish HaTorah’s new video by Charles Harary is short, sweet and reminds us of our inner greatness. Take a minute and view Take The Shot. 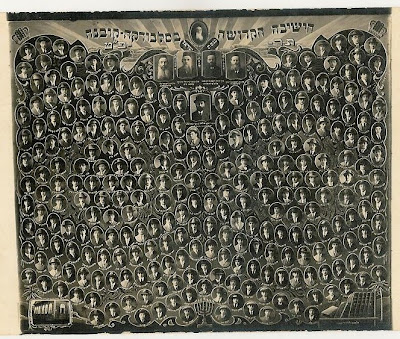 The Alter of Slabodka, Rav Nosson Tzvi Finkel, was know to say that he didn’t have a yeshiva-a unit of hundreds of students, but instead he had hundreds of individuals.

This Shabbos, the 29th of Shevat is the yartzeit of R Nosson Tzvi Finkel, the Alter of Slabodka.  The following was story was printed in Likutei Peshatim, published weekly by the Hebrew Theological College.
“And when a man opens a pit…and he does not cover it, and an ox or a donkey falls into it.” Shemos 21:33

One of the students studying in the Yeshiva of Slobodka saw a piece of paper on the floor. He bent over to pick it up, thinking that it might have been a scrap from a holy text which would require that it go into a geniza (a burial vault) to maintain its holiness. When he realized, however, that the material written on it was merely some trivial matter, he threw it back on the floor.

The Saba from Slobodka noticed his actions and called him over to speak to him. “It was an act of negligence on your part to toss that paper back on the floor!” he said. “You have now created a hazard in the public domain with that crumpled up paper.” The student was amazed. A “pit” is an obstacle which may cause an animal to stumble into it or a person to get injured. What damage could a simple piece of paper cause?

The Saba noticed the student’s lack of understanding and he explained. “Do not think that a ‘pit’ is only dangerous when you create a trap which may ensnare and injure another person or animal. Even now, you have required another person to have to bend over and to clean up this trash. His path is disturbed and he will be delayed in his studies. You have stolen from his time. This is also a damage, and it falls under the category of “bor” – the prohibition of creating an obstacle which causes harm to others.

“Furthermore, although you are not the one who owns the paper and you did not toss it on the ground originally, you have legally acquired it by lifting it up.” (See Bava Kamma 30a).

Knesses Yisrael (Slabodka)
Talmidim who devotedly attended the sick were forgiven for any shortcomings.

In doing a mitzvah, R’ Nosson Zvi taught, one must be careful not to cause unpleasantness or harm to anyone to avoid forfeiting its rewards.
He never gave shmuses during mealtimes.
When he prayed with a minyan, either he finished Shemoneh Esreh with everyone, or he knocked on his shtender to indicate that he congregation should not wait for him.

If it happened that an acquaintance fell sick, R’ Nosson Zvi knew no rest.  He prayed, he was upset, he sent people to care for the sick person and to stay by the bedside, he found out which doctors were experts in that disease and what medicines helped, and he did not take his mind off it.