I thank all of you that sponsored me. If you haven’t sponsored me YET, you can still do it. I’m told the website will still accept sponsors, just click here.

I know, you’ve seen the video, read the playlist, and some of you even made me tear up when I saw that you sponsored me. Thanks! Just to update you, the shiurim I will be listening to while biking the drive for, at least, the first 3 hours are:
Rav Reuven Leuchter: Emunah 2 (and maybe 3)
Rav Revuen Leuchter: Growth Dynamics in Torah
Rav Moshe Weinberger: Hachsharas Avreichim 11 (and maybe 12)

If you read my blog, you know I have raised money for Chai Lifeline for the past 5 years by Biking Lake Shore Drive. Thanks to my sponsors I have raised around $9000 in 5 years, which blows me away. I’m less than $1200 from my current goal and I still need your help. Please repost this, share it, or send a link to a friend and help get the word out. To sponsor you can go here: www.tinyurl.com/bikethedrive.

Thank and stay tuned for a post-ride post later. I am going to sleep.

Thanks for reading this post. I am humbled that many of you have already sponsored me and that I am very close to reaching my goal. This is the last post before I bike Lake Shore Drive. By the time many of you read this, I’ll be either asleep or biking, since I am getting downtown at 5:00 am, with the ride starting at 5:30 am. Don’t worry, you can still sponsor me!
Chai Lifeline, a wonderful organization dedicated to helping very sick children and their families. Chai Lifeline provides year-round emotional, social, and financial support to more than 4,000 children and their families every year. In our area, Chai Lifeline Midwest offers access to two-dozen free programs and services that touch each member of the family, helping them to live full and happy lives despite the presence of illness.
As a Chai Cyclist, over the past 5 years I have raised almost $9000.00 for them, which blows me away. I’m aiming to raise $2800.00 this year and I am only about $1100.00 away from reaching my goal. All donations are 100% tax deductible, and if your company has a matching gift program, your gift may be doubled or tripled. Any amount that you give would be amazing, no matter how small (or how big). I always end up pushing myself on this ride and I’m aiming to ride, at least, 45 miles, all in the name of helping children and in loving memory of my father, of blessed memory, and my in-laws, of blessed memory.
Thank you for supporting me, and in doing so, helping children and their families cope with the diagnosis, treatment and aftermath of serious pediatric illness. To sponsor me, please click here. If you want, it would be great if you could share this message with your friends.
With much thanks,
Neil 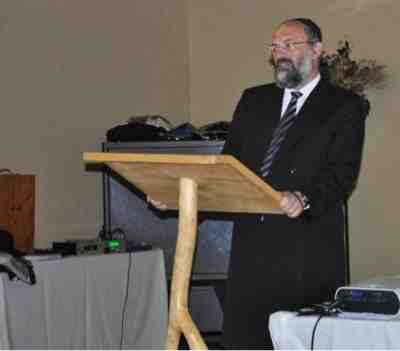 Breaking new:
Rabbi Reuven Leuchter, one of the leading mussar personalities in Eretz Yisroel, will be delivering a drasha Shabbos morning at Mikor Hachaim and will be the guest speaker at Shalosh Seudos this Shabbos @ STMY(in conjunction with JET). He is the primary student of Rav Shlomo Wolbe z’tl  .

Now, be a friend and link this, post the video on a blog, Facebook, Twitter, Tumblr, or any other social media platform, please! I want this to go viral. The link is: http://youtu.be/E5BgKu07f1U

Hi, how are you? I am sort of torn between, what I view as, two opportunities. Here is the situation as I see it.

I started this blog over seven years ago and it has been a great platform for me to actually write, hammer out concepts that are key to my hashkafa, and share a little bit of the Torah that I come across. These are all really great things and I am humbled and grateful to all who visit this blog daily. The lack of comments use to get my goat, but I have realized that if on one is commenting that means that readers agree with what I am writing.
However, I am now seven years older and my own blogging needs have slightly changed. I am considering moving over to WordPress. That isn’t the problem, though. I already have a blog (nothing posted) on WordPress and even have a name for the blog, and it is sadly not as cool as Al Ha Derech or even Modern Uberdox.
I am trying to slowly write more “general audience” posts and need to decide if I should just move all of Modern Uberdox over to WordPress and still continue to post, yet have a sprinkling of more general posts about the challenges of growth or…
…just keep this blog here and have a totally different blog all together.
While I write for most selfish reasons  I also know that this blogs reader have been with me from the beginning (even with that terrible post about New Square Orange Juice vs Lakewood Orange Juice  [Spring of 2006]). So I am asking a favor. If you are the person in California, the reader in Patchouge (Long Island), or the lurker in Jersey City please feel free to leave a comment and let me know what you would prefer. I was going to post a poll, but I would rather that you leave a comment, because your opinion matters and I value your perspective. 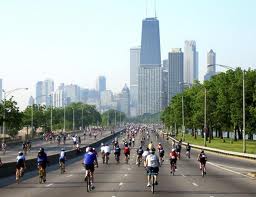 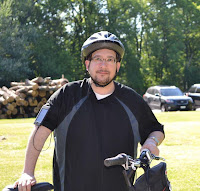 I biked in the evening last night for an hour and will be hitting the pavement again today, in preparation for Bike the Drive for Chai Lifeline on Sunday. So for I have raised $735, which is great. There’s still time to sponsor me, if you can. Any amount you can give to Chai Lifeline would be so wonderful.

Hi! I rarely ask things except for one time a year and this is it. I am raising money for Chai Lifeline and biking Lake Shore Drive (sort of like the West Side Highway to those in NYC) next Sunday, May 26th.
The idea, if you don’t recall from the previous 5 times I have been involved in this event, is to raise as much money as possible for Chai Lifeline, an amazing organization that helps children and their families cope with serious pediatric illnesses.

If anything I have ever written since 2006 has been meaningful or resonated with you, than I am asking for your help.

I will be completely frank with you, I need your help. Not because I have previously raise THE MOST money from sponsors, but because I feel this is something I want to put my energy into. There is no minimum sponsor amount. If you $3.00 or even $500.00 you can use to sponsor me, it would be awesome. It’s all tax deductible, too.

You might think that you really can’t spare anything and I do understand that. I am currently not working (as in looking for employment) and I know first hand how difficult it is to even put gas in your car sometimes. I also know that this morning I gave tzedaka at shul, because when you give, you get back.
If you’d like to read more about why I am biking, in memory of my father a”h, then, I ask you to go to this site, www.tinyurl.com/bikethdrive. 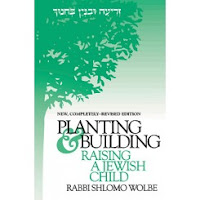 The English translation of Zeriah u’Binyan beChinnuch, Planting and Building by Rav Shlomo Wolbe z’tl (translated by Rabbi Leib Keleman) is currently on sale for $11.69 if you use this online coupon code: FLD10.

An English translation of the acclaimed Hebrew best-seller, Zeriah u’Binyan beChinnuch. The author, an acknowledged Torah authority, is one of the foremost spiritual leaders of our time. This book has been prepared from several of his lectures, and presents basic guidelines for parenting and education. The wisdom in this important book fills a great need for our generation and Rabbi Wolbe’s vital teachings should be read and re-read by every Jewish parent and educator.

Now, here’s the nitty gritty about this sefer, if you have kids or are in a formalized chinuch position, then it’s in your best interest to read this sefer. If you live in Chicago, email me and I’ll let you borrow my copy. Last February in Chicago I heard both Rabbi Yakov Horowitz and Rabbi Paysach Krohn quote and base discussions around this sefer at two totally separate events. Rabbi Wolbe z’tl completely “got it” about how to use sechel in the way we educate our children. I often catch myself using techniques and teachings from this sefer. I also catch myself not following some of the ideas in the sefer and pay for it. I don’t get any kickbacks from Feldheim (but wish I did), I just happen to feel very passionately about Planting and Building and it is truly 88 pages of knowledge. Don’t forget to use the code “FLD10” to save 10% when you order it.

Last month I found myself in a northern suburb of Chicago for a meeting. I arrived early and tried to locate a used book store I had read about on Yelp. It seems that the bookstore had closed, but I did see a branch of the Kaballah Centre. I knew they had a location in Chicago, but I had no clue they had a branch in Highland Park, IL. If you know me, then you know that I will often say that I’m not hardwired for Kabballah. I have tried reading  Inner Space by Rav Aryeh Kaplan zt’l, like, a dozen times and couldn’t get past page 30. I even tried reading it when I turned 40 and I still felt like my head was spinning. I could barely understand the essay at the beginning of  Horev titled “Samson Rafael Hirsch and the Kabbalah”.

However, the former kiruv professional in me was curious about a few things:
How long have they been in Highland Park?
How many Jewish people come and how many non-Jewish people come in?
What kind of programming they offer?
How many people that come in end up coming back again?
I walked in and was approached by a really nice lady who took time to get to know me. I got some answers to my questions and a quick tour. After speaking with her, I signed up for their email list. In the 15 minutes that I was there I saw 6 other people park their cars and come inside and were treated in the same friendly manner.
I looked around their massive location with multiple rooms and realized their approach was a mix of the following models: Barnes & Noble, the Apple store, and a little Starbucks.
I also realized that there are a few things that mekarvim could learn from this Kabbalah Centre (it’s the only one I have ever gone into).

All in all, I left there, still not hardwired for Kabballah. I was, however, thinking that if non-Orthodox Jews are coming here seeking a way to connect to Judaism, then why can’t we, as Torah observant Jews offer them something besides Kaballah.

If you could come up with one idea or concept to help bring others towards Yiddishkeit, what would it be?