I was asked by someone this week to define my hashkafah (outlook). Ok, that’s easy.
I’m modern-mussarnik-yeshivish-lite-neo-chassidish/yekkish-YUish-uberdox.
I know, that really doesn’t say much about my outlook.


I am often hypocritical…but I’m aware of it, I go to minyan, have a television, spend a few nights a week learning in a beis midrash, have internet, I am not a fan of talking during davening…but I am not a fan of “shushhing”, I wear a black hat on Shabbos Kodesh, wear black “Non-Fiction Unlimited” baseball cap when it’s raining, if I listen to the radio it’s only the news since the one station in Chicago I actually liked went off the air, my iPod has: Carlebach, Diaspora, Piamenta, Yosef Karduner, D’veykus, YBC, Shalsheles, Pitom, Bad Religion, Husker Du/Bob Mould, Echo and the Bunnymen, and old R.E.M., I aim to be a giver in the “Rav Dessler” sense of the word but I am open to receiving mussar, my three kids attend a seperate-sex day school (with girls and boys under one roof, my wife covers her hair, my black “Knitting Factory” kipah covers mine (ok, it’s really not from the Knitting Factory, but it’s a black knit kippah), kavod ha’brios is something I view as important, some say I yell and others say I don’t yell enough, I really enjoy it when a baal tefilah is leibidig, I have no problem sitting with a sefer and an iced latte in a cRc acceptable Starbucks kiosk, I thought I knew what Hashem wanted from me until I read Mesillas Yesharim in 1990, thought I knew what love was until I married my wife in 1997, I’ve sold a bunch of hardcore punk and alternative tapes and CDs so I could have money to purchase seforim… which is a rather punk thing to do, my kids like a majority of the Jewish music I listen to, no one in my eruv seems to like the few secular bands I listen to, I usually read a fiction book during each Chol Hamoed,  I say the tefillah of the Chofetz Chaim prior to kiddush on Shabbos so that I will be more aware of what I might say during kiddush, while I find being able to quote Rishonim to be impressive…I also find those who say “please” and “thank you” to be just as impressive, and I have this bumper magnet on my vehicle:

If this title caught your eye, feel free to read the actual post here at BeyondBT.com .

Every year, as part of our day school’s “give/get” program, I volunteer as the “room mother” for my son’s class.  The last time I blogged about this was when he was in 2nd grade.  My duty was really just to watch the class eat lunch and hang out in the room while their Rebbe enjoyed the faculty Chanukah party at school.  Last year, I said something that totally embarassed my son.  This year I had the intention of keeping myself under the radar.

As it turned out, that morning I drove “minyan carpool”, so I was in the school for shacharis.  I observed something for 2 minutes that made me very sad.  During davening one of the boys thought it would be cute to take a siddur from another boy who was davening.  What surprised me was that these boys are actually really good friends.  I kept waiting for the siddur to be returned, but it didn’t happen, so I went and retrieved it myself.  I am not that friendly with the family of the boy to took the siddur, so I wasn’t too hip to saying something to him about what he did.  I did mention to the boy who was left without a siddur that behavior like that isn’t the way that Hashem wants us to treat our fellow Jews and if someone does something like that again to him then he really should say something.  I am very close with him, so he totally understood what I was saying.  Knowing that I would have time in the classroom that afternoon with both boys (and the rest of my son’s class), I started thinking about how I could get the message across that taking a siddur from someone is totally uncool.

As I walked into the class, I realized that I had to tell over Reb Shlomo Carlebach’s story of “The Holy Hunchback”.  If you are not familiar with it, go here and then continue reading.  I had played it for my son the week before and I knew that this was the vehicle to, hopefully, get my message delivered.  I let the kids have their lunch and schmooze among themselves and then offered them a story.

Even though my son hoped I would sing it, Carlebach style, I simply said it over, slowly repeating the catchprase, “Children, precious children, just remember the greatest thing in the world is to do somebody else a favor“.  Then I said that by doing a favor to someone, we’re doing what Hashem does.  He did us the biggest favor by creating the Torah, creating the world, and creating us.  I mentioned that we don’t have to be street cleaner to do people favors.  By simply smiling at someone, saying hi, or asking how someone is doing, you following Hashem’s example.

Then I said to them that by making fun of someone or being mean you are doing the opposite of  “the greatest thing in the world”.  I told them, locking eyes for half a second with one boy, that even something that they think is harmless, like taking a siddur from a friend who is davening, is, like, far from the greatest thing they could do in the world… it’s not a favor to you, your friend, or Hashem.

I ended my 40 minutes, as their next teacher came in, thanking them for their time and reminding them that “the greastest thing in the world is to do someone else a favor”. 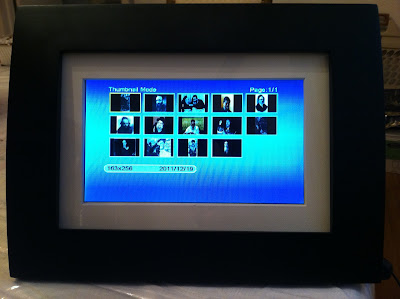 In the sefer Da Es Atzmecha, the mechaber writes that the essence of giving is that you are aware of what a person really needs or is lacking.  To properly give someone a gift, you have to understand them.  You shouldn’t, for example, give someone a sweater because you think it looks good.  Since it was my birthday recently, my wife and son came up with an awesome gift for me.

Last year for my anniversary, my wife got me a digital photo frame and it’s been sitting in the box, unused.  Over the summer, while at someone’s home, I saw such a frame displaying family pictures and commented, “Wouldn’t it be cool to just load a frame with with photos of gedolim?”

Well, thanks to my wife and son, my living room is currently rockin’ a digital frame with photographs (culled from the web) of:

Tonight after lighting, take a few minutes to think about the bracha of being able to serve our Creator, the neis (miracle) of preserving our innate holiness, and the power we have to spread it within ourselves and outward to those we are close with.  Chanukah was the last Yom Tov given to us* and its’ light will bring us back to Geulah (Redemption).

*As decided upon by Chazal 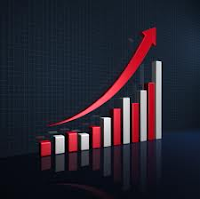 Imagine being part of a community with over 490 members, working on a specific middah every two week.  Wait, it gets better.  Every week you get a fantastic reading on that middah every week and excellent thought provoking questions and exercises to make that middah come alive.  Tempted?
If you are growth oriented, you might be.

There’s such a place and you can find it at madrega.com.  Madrega is the brainchild of Modya Silver and if you are not familiar with the website/community, it’s worth a look.  Currently they are finishing up the middah or “courage”.  I don’t comment there, as much as I, but I attempt to check the site weekly and personally I’ve grown in my own development over the past two years since I joined.  I’m not getting paid to write this, but if you’d like an excellent way to work online with others on a middah, please check out madrega.com.

For a Q & A with Modya Silver, click here.

Starting the Wednesday, December 14 at Ohel Shalom, 2949 West Touhy Ave, Chicago (SE corner of Touhy and Sacramento) at 8:30 is a new shiur given by Rabbi Daniel Raccah that I am very excited about.

Rabbi Raccah will be teaching Messilas Yesharim with the commentary of Bilvavi Mishkan Evneh.  I’ve heard some shiurim from Rav Weinberger based on this sefer, but I am uber-happy to have an opportunity to actually learn it inside with a tremendous Rav like Rabbi Raccah.  I have been hearing about him since I came to Chicago and was zoche to hear him speak this past Shavuos.  This blurb was emailed to me: