Four years ago, I blogged about my search for the type of Jewish music I would love to hear and I know that I’m not alone in my search for a “fresh sound” (see this post by the Rebbetzen’s Husband or this classic by A Simple Jew).
For me, the Jewish music I crave would combine the musical sensibility and passion of Carlebach, Diaspora, Yosef Karduner, Yitzhak HaLevi, Ruby Harris, Piamenta, and the Rabbis’ Sons. If you really want, slip some Blue Fringe, C Lanzbom, or Yeshiva Boys Choir in there, as well.  Now take that list and throw in the power and edge of Husker Du/Bob Mould, Bad Religion, Black Flag, or even a little Green Day or Foo Fighters and a pinch of R.E.M, Talking Heads, Sonic Youth, or The Police… just to balance things out.

It will probably never happen. In my humble opinion, the reason isn’t because of lack of musicianship, lack of now Observant Jews with a musical background, or lack of money to put out a CD (these days people record albums in their basement and simply sell MP3’s online). The reason is because of the stigma that is attached to rock and in-your-face-obviously-non-Jewish-music.

Were four frum college students to record acapella versions of the songs of the Ramones and replace the lyrics with “oy” and “neiy”, making niggunim, then put out a CD a week before Pesach and call themselves the Rimonim, I’m sure it would be the biggest hit ever. Why? Because for some reason acapella has became a somewhat acceptable heter for completely goyishe music that many b’nai Torah would never listen to.

So, what’s a guy like me to do. I’ve got my kids, finally, getting hip to “Hafachta” (Diaspora) and “Hashem Melech” (Yosef Karduner). I constantly play Piamenta’s “Mitzvah” album and find myself humming everything from the Offspring to They Might Be Giants. There’s no middle ground. I get it, it’s like Havdallah (hmm… good name for a band. I should have them record my little niggun). It’s that separation between kodesh and chol. However, part of internalizing Havdallah is that we take that kedusha and infuse it into our six days of chol. It’s funny. Musicians have been banned, black(hat)listed, and looked down upon because they have chosen to mimic or base their songs on non-Jewish music. I can hear it (no pun intended).

However, look at the consumer food industry. Baruch Hashem we have many non-Jewish owned companies that are producing warehouses and truckloads of products with hechsharim on them. Ketchup, canned beans, sugar, pasta, soda, oven bags (we call them chullent bags), salsa, and the list goes on. Now, if I can buy those items, many which have been influenced by non-Jewish food trends, and I’m making a bracha on them (before and after), then it’s ok. I’ll go step further. Let’s say that a frum company in New York, Chicago, Los Angeles, or Toronto (for those readers in the Great White North) decides to make (we’ll really they co-producing and co-packaging, they are not “making” the items themselves) their own brand’s salsa, canned beans, dishwashing soap, or chocolate chips. What makes that ok?

I know. Because it’s important for us, the consumers, to helps support frum people and companies. If I can buy a heimishe packaged product instead of a non-Jewish owned product or a “store brand”, then I’m helping to complete the circle of life (the Yidden make/package the food and then other Yidden buy/consume the food). It’s part of what makes America great… free enterprise. I’m all for it.

That being written, we know that many Torah observant Jews are listening to non-Jewish music. Why not quench their thirst with music made and sold by frum Yidden? We do the same thing with everything from orange juice to chocolate syrup. There is a possible light at the end of the tunnel, though. But, first you’ll have to let me reminisce about my high school days.

I grew up in a city that didn’t always have concerts featuring band that I liked in high school. Wichita, Kansas was only three hours from Kansas City, so many of the bigger names would play there. We did get our share of smaller bands on independent labels come through, but it wasn’t a concert destination. The lack of punk/alternative shows helped produce a semi-thriving local band scene. With everything from folky-R.E.M.esque bands to bands that played faster that the speed of light, were were consantly looking forward to watching them play everywhere from bowling alleys to “under 21” clubs to living rooms. It was great. These bands combined the sounds of “our music” with local references and kept us happy and buying cassette tapes.

The aforementioned light at the end of the tunnel may be in the many observant communities that are home to fantastic day schools, excellent yeshivas/girls schools, innovative chessed programs, and effective kollels and outreach programs. Call it the “out-of-town-sound”, if you will. It’s the local Jewish bands. These are bands where you have FFBs and BTs getting together to create music that they want to play. Often these band have blended several styles of music into something that sounds a little familiar to our favorite “non-Jewish” music, but distinctively original and interlaced with pasukim that are just as familiar to us. They may rock hard and have a dedicated following that spans a generation, but their success and popularity still is under the radar. There are many of these bands out there in many of our communities, I think.

Baruch Hashem, there are a few fairly local bands in my neck of the woods that I enjoy listening to. They are both comprised of skilled musicians who have various professions. In Chicago there’s Even Sh’siyah, Ruby Harris, and a little further away in Milwaukee you can find The Moshe Skier Band. All are solid and passionate about their music. If you are looking for something “new” and not a low-toner-produced-photocopy-of-bad-non-Jewish music, then check them out.

But, there have to be more bands out there. If you know of local bands in your area, please let me know by way of commenting or simply emailing me.

My thoughts about histapkut, simplicity, are currently posted at madrega.com.

Exercising histapkut helps one gain a level of maturity to approach life by realizing what is really important. This middah is very different than the concept of sameach b’chelko, “being happy with one’s lot”.

When I was in my teens, one of my favorite games to play with my friends was “Desert Island Discs”, based on the BBC Radio program. We were all big music fans and we would each come up with a list every six months of what ten albums we would want if we were on a desert island. Then we would…

To read this in its entirety or hear the recorded mp3 about this middah (record my me), you’ll have to go to madrega.com and register (for free) to join this exciting web-community designed for self-growth.
It’s easy to join and will only cost you time time you invest.

No, not the one about food falling on the floor.

In Elul I started holding my food or beverage of choice (usually iced coffee) in my hand for at least five second prior to making the appropriate bracha.  This has allowed me to have more patience and also lets me think a bit before actually making a bracha.

Recently I’ve expanded this rule to my cell phone.  When I get a text I make myself wait at least five seconds before even reaching for my phone because I want to remember that I’m in charge, not my phone.

Well, really, what I’m looking for are successful Middos programs that have been run in day schools.
I’ve heard of Project D.E.R.E.C.H.,but I don’t have any contact information about the actual program.
If you know of any programs out there please let me know.  Our school did have a Middos Awareness
Program (M.A.P) that focused on a specifc middah per month, but it needs revamping.
I’m attempting to work on a project for the day school our children attend and any resourse info would be great. 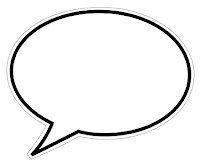 In the summer of 2007, my family and I spent a Shabbos outside of Chicago at a resort with over 500 members of the Conservative movement’s Federation of Jewish Men’s Club officers, die hard members and a few spouses. I was not a participant in their annual national convention, but worked as the event coordinator for a caterer that has a nationally know hechshar, who was hired to make the meals for these men and a few women. I had several interesting observations over the weekend.

On man in his late 60s-early 70s came up and asked me why it was a problem to open Splenda packets on Shabbos. I told him because that it’s an issue of breaking the printed letters. He then said, “Well then cutting a cake with writing on is also a problem on Shabbos, right?”
I answered him and then said, “Thanks for the questions. You have a real Yiddishe kup.”
He smiled and told me proudly that he must have gotten it from his great- great-grandfather. He informed me that his grandmother’s grandfather was Rav Yitzchak Elchanan Spektor z’tl. My heart skipped a beat and I got the chills. In fact, I have the chills right now typing.
I asked, “From Kovno?”
“Of course”, he answered.
I informed him that his relative was the authority on Jewish Law for his generation and that I had attended Yeshiva University, which is named after his relative. He told me that he’s been contacted several times by YU about coming out for a visit.

This man has been a former Men’s Club president, congregational president, and most recently in 1997 was the moving force behind for formation of Camp Ramah Dorom. He is, in fact, very close with R Tovia Singer of outreachjudaism.org and has brought R Singer out to his community a number of times. While not following the direct path of his great-great-grandfather, he is nevertheless, someone who is very serious about his Judaism.

It was an eye opening weekend for me. I got a view of the Conservative movement that even some of the most experienced ‘kiruv professionals’ could only have dreamed of.  It confirmed much of what I heard about, but their thought-out interest in outreach was new to me.

I often read on blogs about how the Conservative movement is dying. I really can’t comment on this, since I’m Torah observant. I do know that, based on first hand knowledge from substitute teaching in a Reform congregation, that the Reform movement is attempting to attract families and make their congregations more of a social meeting environment, a gathering place.  Meanwhile Conservative Judaism, as a movement is losing people to both the left and the right.

If the Conservative movement is trying to adapt “tried and true” kiruv techniques and programs that mimic those within the Orthodox community, then we need to step up to the plate and offer something more. More feeling, more accessible learning, more being truly non-judgmental, and more of a meaningful experience in our observant lifestyle. 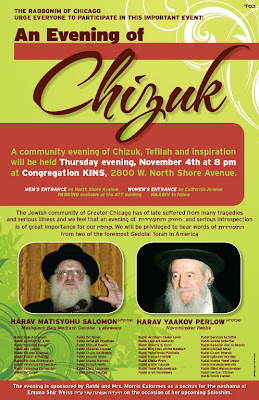