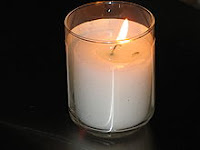 Sunday, the 16th of Cheshvon, is the first yartzeit for my father a”h, Avraham ben Zorach, Albert Lyon Harris.  A few weeks ago my family and I were in Wichita, Kansas for the weekend to join my brother, mother, step-mother, aunts and uncles for the “unveiling” of the matzeiva (grave marker) for my father a”h.  It was bittersweet (much like my father’s favorite type of chocolate).  The comfort and feeling of togetherness was accompanied our collective memory of the last time we were all “together”.

A close family friend who brought in briskets, deli, and breads from Kansas City and thanks to fairly well stocked local grocery store, my wife came up with an awesome menu and fed the entire family (and a few friends) for both Shabbos dinner and lunch.  Even my father, who spent decades in the food industry as a restaurateur, would have been beyond impressed with the amount of food my wife made in such a short amount of time and with very limited cookware.

That Sunday, we gathered together at the Hebrew Cemetary, were my father and others had always made sure was in tip-top shape.  I found myself wearing the same suit and the same shoes that I had worn 11 and a half months and surrounded by many of the same people, as well.  My remarkes said over at the cemetary are below:

There really is no good way to start speaking for a lifecycle event like this.  All I can really think about is that the yartzeit, anniversary of the death of my father, a”h is taking place in exactly two weeks and again here we are again, here I am again, seeing so many people that really cared so much about him.
Marking a grave is a very old Jewish tradition, starting with after Rachel died,  when “Jacob erected a monument on Rachel’s grave” (Genesis 35:20).
In fact the word for stone, ev’en, is a contraction of two Hebrew words, Av, meaning father, and Ben, meaning son.  A gravestone serves as a connection between generations, between parents and children.   It is a physical reminder of a life lived, of the love shared, and the memories made.  As a whole, the eleven months and two weeks have gone by quickly, as individual days, each day without my father has been very long for all of us.  At this time I would like to thanks all of you who have been there this past year for my mother and Dixie.
It was once observed (by Rabbi Shlomo Wolbe, a dean of yeshiva students in Jerusalem) that a train and a plane can both reach their destinations.  Difference is that train stays on the ground as it proceedes, and a plane not only proceeds in the right direction, but ascends in the air at an optimum altitude and then reaches its destination sooner.  In life, as well, there are two means of advancement.  The first is progressing–but progressing only along the ground, which many people attempt to do at one point or another in their lives.  The second kind of advancement involves lifting oneself up and above this earth- giving one the opportunity to travel faster and reach our destination quicker, but also to soar above the impediments of even mountain-sized obstacles.
My father’s life was very much like that of a plane.  He traveled though his life and let no obstacles get in his way.  He lived a life that made him happy and did many of the things that he dreamt of doing.  He also reached is own final destination, although, much quicker than any of us wanted him to.
We all have good days and bad days, when we are faced with challenages and struggles.  Personally, in the past 11 months, there have been many times when getting though the day hasn’t been easy, but it’s important for us all to follow the path that my father took and continue on the journey and soar above everything that stands in our way. 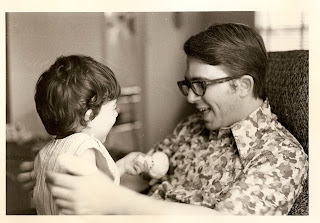 Additional posts about my father a”h can be read here.

I ask that you please wanted to take a minute and in this coming
week you attempt to do one extra chessed, act of kindness, for someone.
The effect can last a lifetime.