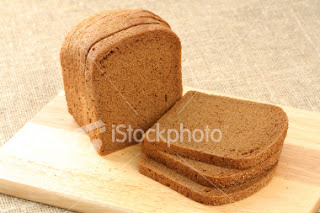 Note:  A few of the thoughts and ideas that make up this post have been sitting in my Blogger Dashboard since 08/09/06, after I sent an email to someone regarding banned seforim and authors.

I heard on CBS radio that J.D. Salinger had died.  As a former fan of fiction, avid reader of THE NEW YORKER, and someone who thought, once upon a time, of going into writing,  I had to pause and give some thought to Mr. Salinger and, of course, The Catcher in the Rye.  The primary thing that comes to mind whenever I think about The Catcher in the Rye is the fact that, sometimes, it takes just one written work to make an impact.  Culturally, this book was one of the first written works to speak to and about teenage life in post World War II America.  As often noted, while the book was intended for adults, many young adults felt that it spoke to them and reflected their feelings of alienation.  It was published in 1951 and banned very quickly due to language, adult situations, promotion of smoking and alcohol drinking, etc.   The book continues to be banned.

Even though I attended what was know as a “top” public school in Kansas, this book was never required reading.  In fact, it wasn’t until I was 22 (summer of 1992) that I first read it.  Holden Caulfield, the main character, was a mouthy teen who had been expelled from four schools and was rather discontent with society, adults, and especially people who were “phony”.  Holden saw the hypocrisy within his society and in many of the people he encountered.  In many ways, not so different from some individuals that would be labeled as “at-risk” or “in-risk”.

One of my favorite quotes (of all time) can be found in chapter two.  Holden says, “People never notice anything”.  I have always thought this to mean that Holden felt that people didn’t understand him and that they were not even willing to attempt to understand him.  It is that lack of observance (not the Torah u’Mitzvos kind), that feeling that we are not important and what we say doesn’t matter that can often lead to a lack of observance (yes, the Torah u’Mitzvos kind).  Most people want to be recognized and valued.  When parents, teachers, family members or the community give the impression that someone isn’t important or “worth the time” it can have a devastating effect on a person.  Of course, when a teen or adult gets to the point that they even contemplate the idea that Hashem forgets about them, then we get into a situation that might bring about that lack of observance.

“People never notice anything,” is a mindset that seems to go against many Jewish values.  Part of the reason I like the quote is because I see how it resonates with many people.  That’s I attempt to notice things.  I try the be first to wish others a “Good Shabbos Kodesh” or give a “Yashar Koach”.  I attempt to take an interest in what is going on in my life of those around me.   Lately I have become keenly aware of when people have a birthday coming up (mostly thanks to Facebook).  To simply ask someone how they are doing, but not push beyond the answer they give is really going only half the distance.

I know this personally, because friends will ask me how I’m doing, and my first reaction is to say, “everything is fine”.  Mostly I do this because R Yisrael Lipkin (Salanter) held that “one’s face is a Reshus HaRabim”, a public area (I believe the story goes that he saw someone looking obviously very serious during Elul and commented to this person, that showing distress might bring others down, as well).  I’m slowly realizing that if a good friend asks how I’m doing, the they do deserve a better answer than, “fine”.  This is sort of like R Dessler’s idea that even though we want to be givers and not takers, sometimes you can be a taker, like when someone really wants to give you a gift, and by taking you are giving to that over person.

“People never notice anything,” just isn’t true.  It’s easy to think that, in the big picture, our actions don’t really make a difference.  I fall into this mentality quite often as of late.  Usually, it’s really before I’m about to do something nice for someone or prior to actually making a difference.  If a novel, movie, song, or other aspect of what’s called “pop culture” speaks to our youth, I think, for myself, that it is important to find out why.  If you meet a teenager and they are into an author or a musical artist then there’s something (even if it’s completely off base) that “speaks” to that person.  This isn’t meant as an academic critique of Mr. Salinger’s book, but I’ve often wondered to myself, “What if Holden had felt that an adult understood him?”  Had that been the case, we would have had a very different story.

One thought on “Holden Caulfield and the lack of observance”