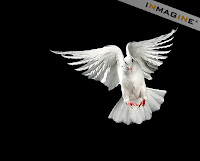 
Like a bird, man can reach undreamed-of heights as long as he works his wings. Should he relax them for but one minute, however, he plummets downward.


From Tenuas HaMussar (The Mussar Movement)

In the sefer Da Et Atzmecha (Getting to Know Yourself) the author describes something amazing, the movement of the soul:

In physical movement, we are familiar with six directions: the four sides, and up and down.  Our teachers have taught that the soul moves in only two directions: expansion and contraction.  Every movement must either be a contraction or an expansion.

When a person analyzes himself, he must categorize all movements as either expansion or contraction.  Certainly, the degree of expansion and contraction will not be identical in every situation.  For example, when a person runs, he may run quickly or slowly.  So, too, there are more extreme movements and more measured movements.

When a person understands that all his movements are either contraction or expansion, he can begin to understand himself.  On a simple level, a person seems happy, and feels that this is an inherent quality in the soul, or he may be sad, and feel that this is the soul’s quality.  Or he may feel generous, and believe that such is his soul’s quality.  But the truth is that happiness comes from expansion; sadness, from contraction; giving, from expansion; and taking, from contraction.  (Section two, chapter two)

What I found amazing, when I first learned this sefer last summer, was how nicely this idea of expansion and contraction fits into Rav Eliyahu Eliezer Desser’s concept of giving and taking.    Rav Dessler z”tl, in fact, divided the world into two types of people: Givers and Takers. To quote from Rabbi Aryeh Carmell’s translation of Michtav Me-Eliyahu, “Man has been granted this sublime power of giving, enabling him too be merciful, to bestow happiness, to give of himself.” (Strive For Truth! Volume I, page 119)
When we choose to give to another we are expanding our soul, growing into a better person.  I attempted to teach this to my older children (ages 10 and 7) by blowing up a balloon inside a box and showing them how as the balloon expanded it touched more of the box and as air was let out and it contracted the balloon became smaller.  The question is, do you want your soul to expand or contract?
I have found this teaching has totally changed the way I look at my actions.  Helping someone is no longer just an act of chessed, it allows my soul to move.  Making the choice to do something that I want to, at the expense of others in my family (like going to a museum that only I would enjoy) I now see as an action that would be considered a contraction.  This way of looking at things has also trickled down to my kids.   At my minyan’s kiddush this past Shabbos my 7 yr old daughter proudly told me that she was going to pour some 7-UP for herself, but Mrs. Cohen asked for it, so she gave the bottle to Mrs.  Cohen first.  My daughter then proudly told me that her neshama expanded.
The sefer Getting to Know Yourself is available for purchase online and at most Jewish bookstores.  It is also available for reading online here.

With all of the blogs out there it’s easy to find something new to read.  A recent “find” of mine has been a blog called “Geshmavk Dvar Torah of the Week“.  The author of the blog consistantly has great d’vrai Torah that are insightful and perfect for your Shabbos table.  This week’s offering can be found here.

The blog is well worth putting onto your RSS reader.

…Have a good uh legal-holiday. 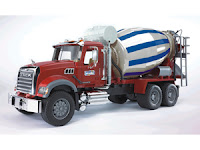 Driving my kids to school is usually pretty a constant diet of deciding what music should be played or what “book on cd” to listen to.  This morning, however, I attempted to show them that life lessons can be found everywhere.

My uberdaughter then said that, “If it gets hard then it is useless.”

I told them that each of us are like the cement and the cement mixer.  If we are not constantly in motion trying to be better Jews doing Mitzvos like helping our friends and serving Hashem then our neshamos will get stuck like hard cement and it will be difficult to build ourselves up and be better people.

Did the get it?  Sort of.  My 4th grade son told over the moshul to his Rebbe and got a “zechus ticket”.  My 2nd grade daughter told her younger sister that if she didn’t share then her neshama would get stuck like cement.

There are three links I recently saw I hope to be using for my personal Jewish growth in Avodas Hashem.

The first one was suggested to me in an email exchange with R Micha Berger.  It’s an online growth-based community called madrega.com, created by Modya Silver.  This online community allows on to work on specific middos within a two week period.  I’ve been on for less than a week and have found it very helpful on a number of levels.
The second link, is actually to something that R Micha Berger posted on his blog regarding a new AishDas eVaad sponsored by the Aish Das Society.  For details about this new venture please click here.

Third is The Mussar Institute, run by Alan Morinis.  You can subscribe to their monthly mussar newletter here.
There are great interviews with Mr. Morinis as well as information about their distance learning programs.

Generally, R’ Naftali treated his chevrusa as if he were his rebbe, and humbled himself before him.

Sometimes I kid myself and think of this is a “mussar blog”.  It’s really just a personal blog with a bit of mussar that I give to myself thrown in from time to time.   Like now, for example.

Just over two weeks ago was the first time I had been back in my hometown of Wichita, KS in exactly twelve years (to the Parsha). My dad a”h had been hospitalized and based on what I had heard from family members and at the suggestion of my wife I flew out to be with him.

Waiting to board the plane in Chicago, people were dressed up in costume (as it was October 31). I was even asked if I was “dressed as an Orthodox Jew”? That in and of itself made the trip worth it, as a mussar lesson. After an hour and twenty mintues I landed.

As I got off the plane and walked past the TSA check-point, I could only smile, remember the dozen water guns that I had packed for family vacations in the 70s and 80s and how all of those water guns had been confiscated. At the time, it seemed like a big deal. In retrospect, most airlines would probably welcome a water gun these days. Not much had physically changed in the Wichita Mid-Continent Airport since I had been there last. They still had coat hook right inside the restrooms (which implied that crime was still low in the city) and the chairs throughout the airport were still the same. The phrase that came to mind was, “if it isn’t broken, then don’t fix it”.

A majority of my time was spent at the hospital with my family. Driving back and forth to the hospital I looked at the streets and buildings. Some had been torn down, many businesses had closed, with others opening up in their place. Certain professions seemed to have stayed afloat over the years. Most accounting, real estate, and dentisty businesses seemed to have stayed the same. Several indepenant “fast food” places closed only to have similar businesses open in their place. Aside from having several Starbucks locations not much had really changed. I drove past my old house, the flood prevention program (really it was a creek in my neighborhood that provided my bother and I with hours of adventure), and my old schools.

I also connected with a few close family friends from when I was growing up. One of them actually gave a beautiful hesped for my father a’h. I was reminded about the importance of community, specifically a Jewish community. The community in Wichita is pretty much made up of about 1000 Jews split almost down the middle as either reform or traditional. It’s a close knit community where people connect as Jews. Not so much in terms of observance or rituals, but because they are serious about their Judaism.

All of my aunts, uncles, and cousins came in for the funeral, as well. Most of them I hadn’t seen since my own wedding almost 13 yrs ago. It was comforting to see them, even under the above mentioned situation. Family comes together when it’s important, but you have to make it important (a lesson I’m learning now).

The morning after my father a”h was niftar I stopped off to buy a copy of the local paper at Starbucks (to have a copy of the obiturary and an article that was written about him) and the young man behind the counter introduced himself to me and said that he was sorry to hear about my dad. The manager at the Starbucks was also working and introduced herself as the wife of the Reform Rabbi in town. She also expressed her deepest condolences. That’s the community were I grew up.

My family lived in Wichita for 35 years. My father a”h went to the same shul with many of the same people for 35 years. To me that was impressive. Talk about lifelong friends. Wow. I hung out with two old friends that I had lost touch with years ago. We all had good memories growing up of our families doing things together. I’m fortunate that my kids have similar memories with close friends of ours here in Chicago.

I ended up spending a just under a week in Wichita. Had it been under better circumstances, I probably would have gotten together with a few old friends from high school. Instead I simply came back to where I was from and now I’m trying to move forward.

If it happened that an acquaintance fell sick, R’ Nosson Zvi knew no rest.  He prayed, he was upset, he sent people to care for the sick person and to stay by the bedside, he found out which doctors were experts in that disease and what medicines helped, and he did not take his mind off it.