“How delicious this food is!” exclaimed R’ Yisroel Meir again and again as he ate with apparent relish a meal prepared for him by his hostess. 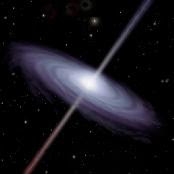 
For those who attempt to grow closer to Hashem and work on their Avodah these weeks of Elul, before Rosh Hashana have a momentum of their own.

Part of me doesn’t want to accept the responsiblity that it’s actually Elul.  It’s time to come to terms with all that I haven’t done during the past year, the wasted potential.  Still, part of me loves this time of year.  I remember phone calls and conversations with my mother-in-law a”h during this time of year.  She would always quote the Rav Shneur Zalman of Liadi (the first Lubavitcher Rebbe) and say, “The King is in the field”.

I often think of the words of the Alter of Slabodka:
“We come now from the material vacation to the spiritual vacation: From the months of Tammuz and Av in the forests and the fields to the months of Elul and Tishrei in the house of the yeshiva. What distinguishes that vacation from this vacation? We know, of course, that just as that vacation is essential to fortify the body, so too this other one is necessary to heal the soul. Even more so, for all are sick vis a vis Elul…” as written in the diary of R Avrohom Eliyahu Kaplan z”tl (available here).


It’s the realization that I must come to terms with many things and the excitement of rebirth.  While people are planning out their Yom Tov meals, others are already looking out for the simanim, and still others are quietly jotting down their own Chesbon HaNefesh.  I’m somewhere in between “going from day to day” and “getting ready to face the King”.


It’s that gravitational pull of Elul.  It is inescapable and it calls me.  And like Shabbos, which I can’t imaging how I survived prior to keep it, I can’t image what my year would be like now, without an Elul.

Rabbi Harry Maryles just posted an excellent essay on some practicle ideas for Jewish education.  The post can be found here and please post any comment to Rabbi Maryles’ blog. 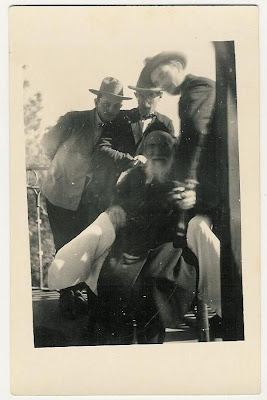 This post card is for sale currently on eBay.  It’s interesting to note that the students from the Hevron Yeshiva (in the photo)were all clean-shaven and as the custom was in Knesses Yisroel, the Alter’s yeshiva, dressed impeccably.  The photo was taken two years before the Alter was nifter. 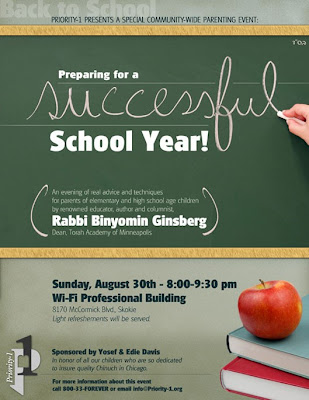 PREPARING FOR A SUCCESSFUL SCHOOL YEAR
An evening of real advice and techniques for parents of elementary and high school age children by renowned educator, author and columnist,
Rabbi Binyomin Ginsberg
Dean, Torah Academy of Minneapolis
Sunday, August 30th – 8:00-9:30 PM
Wi-Fi Professional Building
8170 McCormick Blvd., Skokie
Light refreshments will be served.
Sponsored by Yosef & Edie Davis
In honor of all our children who are so dedicated to insure quality Chinuch in Chicago.
For more information about this event
call 800-33-FOREVER

The following is from chapter 10 of the second volume of Bilvavi Mishkan Evneh:

Let us imagine that a person is alone late at night.  No one is home.  He feels lonely.  What does one do?  He immediately tries to call someone.  It’s hard to be alone.  “It is not good for man to be alone.”

But the truth is that the real company for a person should be Hashem!  Whenever you feel lonely, you should recognize this truth.  Sure, it’s not always possible to act upon this awareness, but you must first attain the recognition of this truth, and when alone at home and feeling lonely, you should not rush to the phone to speak, but rather, stop and think:  “Why did Hashem create in me this feeling of loneliness?  Why did he cause me now to feel so lonely?”

After thinking, you will understand that loneliness is a tool for realizing that one cannot live here alone.  The way to solve the problem of loneliness is not the one people superficially imagine.  Hashem wants to bring one to the truth, so one will not feel lonely.  How?  By connecting to the Creator!

When one sits at home and feels lonely, he must first remember the first point, which is that this loneliness derives from the soul not feeling that Hashem is here.

He must collect his thoughts and say to himself, “I know that the truth is that Hashem brought me to this situation of loneliness so that I will connect with Him.  I also know that I am not yet on that level, and I can’t do that yet, but Hashem wants me to get to that level.  He is not allowing me to forget the truth.  That is why He is constantly arousing in me the feeling of loneliness, so that I will be inspired and remember that the only way to fill the inner emptiness is through Hashem.

On the pasuk, “And Yaakov remained alone” (Bereishis 32:25), there is a well-known comment of Chazalthat this relates to the phrase, “And Hashem will be alone on that day” (Yeshayahu 2:11).  That is to say, the “alone” of Yaakov Avinu must be joined to the “alone” of Hashem.  The pasuk likewise states, “Behold a nation that dwells alone and is not counted among the nations” (Bemidbar 23:9).  The “alone” of a Jew must connect to the “alone” of the Creator, and then there is real companionship.

I had read this last year and then reread it this past Shabbos night.  It totally helped crystallize some thoughts I’ve been having lately.  I’ve been alone and lonely for the past week (yeah boo-hoo).  My family has been in NY and I stayed in Chicago to work.  I will be, thankfully, joining them later this week and for Shabbos.
It’s been lonely at home.  The first night was all right, but then the quiet got spooky.  I sat and read most of the time.  I wondered around a few grocery stores simply because it wasn’t fun being home.    I did find myself davening longer, spending more time in shul and thinking about Hashem.  I think the Bilvavi is right, “When one sits at home and feels lonely, he must first remember the first point, which is that this loneliness derives from the soul not feeling that Hashem is here.”


Thanks to A Simple Jew for suggesting I post this.

An Adam Gadol is given this title because he is great.  Great in Torah, great in Middos, great in making everything he or she does into Avodas Hashem.  I recently read the following at chabad.org  regarding the Lubavitcher Rebbe’s style of writing:

It is clear from the Rebbe’s editing patterns that talking and writing positively are always an imperative. Apparently because positive writing has a beneficial influence on the reader’s thought process.


This particular response – actually an edit – that I unearthed was penned by the Rebbe on the margins of a letter drafted by one of the Rebbe’s secretaries (based on the Rebbe’s dictation) for a dinner that was to take place on the day after Passover. The Rebbe writes on the draft: “!!!סגנון דהיפך הטוב הוא” “the wording is the opposite of good!!!”*
Here is the text the Rebbe was referring to:
Had the Jewish children in Egypt not received a Jewish education … there would be no one to liberate…


The Rebbe wrote in Hebrew how the text should be corrected—and this is the way it was translated and appeared in the final version:
…it is only because the Jewish children in Egypt received the proper Jewish education… our whole Jewish people… was liberated from Egyptian slavery…

I found this very interesting, because the importance of how we speak is also illustrated in the following excerpt from the biography of Rav Dessler:

Rabbi Nachum Vevel [Rav Dessler’s son] Dessler’s childhood memories of this maternal grandmother Rebbetzin Peshe Ziv [the Alter of Kelm’s daughter-in-law] provide some glimpse of the rareifed atmosphere in which his mother was raised.  He once refused to eat the food his grandmother offered him, complaining that the plate was shmutzik (dirty).  His grandmother told him that she would be happy to offer him another plate, but that he must not talk like that.  “We do not say the plate is dirty,” she said.  “We say that the plate is not clean.”

Negativity breeds negativity.  Saying something in a positive way probably requires thought, at times.  It’s easier to say that “the soup went bad” than to say “the soup isn’t good”.    A refined way of phrasing something can make all the difference.

link to a great post from A Simple Jew.