I pray that this Pesach brings an end to the exile of the self and a redemption of the person I was created to be. 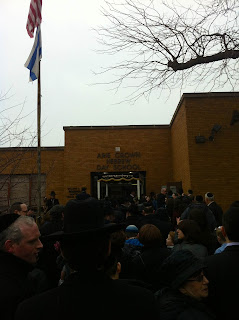 As I walked towards our children’s school yesterday, the sounds of music and children singing filled the square block surrounding Arie Crown Hebrew Day School on a misty Sunday morning. Hundreds of people filled the streets and sidewalks.  They were all there for one reason.

The Kirshner and Maryles families, together with supporters of the Yechi Reuven Fund, had invited the community to a Hachnosas Sefer Torah in memory of Reuven ben Menachem Mordechai Kirshner zechrono levracha, in commemoration of his first Yahrtzeit, which was this past Shabbos Kodesh. Reuven was a 9 year old student at Arie Crown when he was niftar.  His father, Rabbi Menacham Kirschner, is the assistant principal and his mother, Tovi, is currently the one of the 5th grade girls teachers. The procession was lead by students holding torches as the infamous “Wi-Fi Fire Truck” complete with Kesser Torah on top blasted music in the streets.  Behind the fire truck you could see family, friends, students, faculty, and rabbonim from throughout the community all dancing and singing alongside the chuppah and the and new Sefer Torah.

Eventually the Sefer Torah and the crowd of hundreds made their way in to Arie Crown’s beis midrash/multi-purpose room and the live music and dancing continued.  Rabbi Menachem Kirschner proudly danced with this special Torah surrounded by all. I saw students, rebbes, fathers, friends of the family that came in from St. Louis (where the Kirshner’s lived before moving back to Chicago), Rabbonim from other schools and shuls all there, together. Eventually the males, both young and old, made two lines as they all made a tunnel with their hands, singing as the Sefer Torah went into its new home in the Aron Kodesh.

I looked at the scene, seeing 5th grade boys joining hands with people in their 50, making a connection in celebration of that which connects all generations, the Torah.  I thought about all of the updates and difficult posts that Reuven’s grandfather, Rabbi Harry Maryles had written over the years.  How people who didn’t even know Rabbi Maryles, aside from his blog, davened and learned for Reuven.  I thought about being in this same school for the levyah and how much emunah this family had, as reflected by Reuven’s own strength throughout his illness. I looked and outside the corner of my eyes I saw three man, all friends, all grandfathers, dancing together. They were all in same semicha class of Rav Aaron Soloveichik z’tl. They were together for this event, ultimately because it was learning Torah that initally brought them together.

I took it all in because Hashem’s plans for us are not always what we daven for or think they should be. We hear bad new, experience a tragedy, or get dealt a “bad hand” and how we respond is indicitive of our “Jewishness” and hashgafa (perspective/outlook). The Kirshner and Maryles families response in this situation was, and is, a lesson of emunah, one that is constantly felt by everyone. It is a true Jewish response. Now, thanks to them, Revuen’s neshama will forever be connected with the Torah that he loved so much. 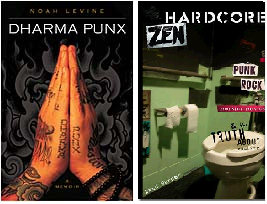