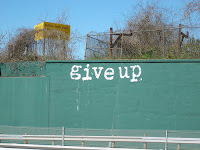 Photo from flickr
Every month or so I am completely speechless when it somes to my children’s chinuch. I find myself left without words, not because my children’s education as been ruined by “the system”, but because I’m astounded by how fortunate they are to be learning so many important things that are not always found in a textbook.

A few weeks ago my daughter in second grade told me after shul on Shabbos that she was “mevater (gave up) her lollypop to her older brother”. I was speechless. Not because she gave up a lollypop (althought that was impressive), but because she rocked the term “mevater”.  It isn’t a word that gets used a lot in conversation.  In fact, I think I’ve only used the term maybe 3 times in my entire adult life.  I’m not against the concept of being mevater, however despite the book, Let’s Learn Middos 4: Being Mevater (which we don’t own), I don’t often think of it as a middah.  Maybe I should.

For a child (or this blogger) it’s important to understand that “giving up” something can be a good thing.  Selflessness, chessed, and understanding what we need vs. what we want are part of growing up.  For me, it might also be prudent to be mevater certain inhibitions and notions I have about my own abilities.  Can one be mevater the things that hold one back from their Avodas Hashem?  Probably, but you have to know yourself and what why you are not doing what you should be doing.  Of course, a true student of Reb Nachman of Breslov will comment that one should “never give up hope”, but you could give up what’s blocking you from hope.

For a second grader to understand that all isn’t lost when you give up some candy is an important lesson and one that her Morah has successfully taught.   I know the lesson was a success because everyone in my family is on the “mevatar-bandwagon”.