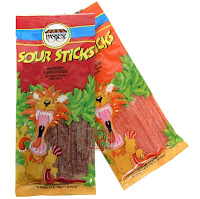 “Niskatnu HaDoros”, the diminishing of the generations, refers to the idea that each generation that is further away from the giving of the Torah, is weaker and further away from Kedusha.  You know how people say, “they don’t make them like they use to”, the “them” in this case would be someone from the previous generation in comparison to someone in our generation.  Think of that “alter Yid” you see in shul who takes time to actually kiss his siddur after davening.  Or the “bubbie” you see in the checkout line in the grocery store, quietly saying Tehillim to herself.
Now think of all the “young married guys” who, after shul is over, run to be “first” in line at kiddush.  Think of the young mother loudly talking on her cell phone while in line to purchase groceries for Shabbos Kodesh.  Yeah, these would be examples of “Niskatnu HaDoros”.  I guess that I’ve got it easy (another example of the diminishing of the generations) because I don’t have to come up with fictional examples.  I can just see it in my own kids.
The three kids that Hashem gave to my wife and I are the following ages:  10, 7, and 3.  They, like most of the kids in this dor (generation) have a penchant for any candy that’s sour.  Sour drops, balls, sticks, gum, gummys, apples, drinks, milk (ok, my kids don’t dig sour milk), etc.  They crave it.  Even the littlest one likes sour sticks.  Now, as much as my children love these items, that affection pales in comparison to the pleasure they derive from watching their Abba attempt to eat these things.  I pucker up and make, what they view as, the funniest face ever.  Why?  “Niskatnu HaDoros”, that’s why.  So, the next time you sit at a Shabbos table or schmooze with a friend over coffee and bemoan the fact that the youth of today have lost that “tam”, taste, for Torah u’Mitzvos, think of sour sticks.

2 thoughts on “The taste of "Niskatnu HaDoros"”