RavMosheWeinberger.com recently posted a free download of a shiur given on Feburary 17th in Brooklyn, titled “The Message of Purim-Appreciating the Little Good Deeds of Life“.  Click on the title in the previous sentence to go to the link.

This phrase, “the Jews with the crumbs” is one that I use in a semi-joking way with my family and close friends. It’s sort of my version of the speech that kids get when they go on a school field trip or their camp goes off-site for an activity.  You know the speech, it always starts off, “Now kids, we’re going to a place where they don’t usually see a group of Jews like you. Jews who love Hashem and follow his Torah.”
As a general rule, I dislike going to recreational places on a Sunday (or during Chol HaMoed) where there are tons of other observant Jews, because, more often than not, we all bring our own snacks with us.  That’s all find and dandy, but often I, sadly, find that many of my brothers and sisters will not pick up their trash and leave a huge mess of litter, heimishe food wrappers and juice boxes…thus giving those of us who accept Torah mi’Sinai a bad name.  So, I tell my family that I don’t want us to be known as, “the Jews with the crumbs.”
Call me extreme, fanatical, and over-sensitive. I don’t mind. I think that every time we are at home or in public we have an opportunity m’kadesh Hashem.
That being written, I sat at my desk today during work and ate my shmura matza with jelly, carefull not to let too many crumbs escape the plate.  I had flashbacks to my favorite lunches when I was in public school from K-12.  Hands down, the best lunches of the year were my kosher for Passover lunches.  Corned beef on matza, lox on matza, brisket on matza, margarine and jelly on matza, a hard boiled egg, a fruit, and usually some type of small chocolate or the every popular jelly fruit slices.  Not only were those lunches yummy, but they also were a very visable way to seperate myself from everyone else eating lunch.  There was no way to hid the fact that I was Jewish.
I am not a fan of leaving messes around.  However, for all of the children and famlies that have always gone to school within the day school and yeshiva system, I think Pesach outings allow us to really remember that we are different than everyone else.  Eating your matza sandwich in a park, designated eating area at a museum, or a zoo means that you’re out in public and other see that we are different.  As the tile of this post indicates, this might be only time in the year when it’s ok to be “the Jews with the crumbs.”
There’s nothing wrong with being different, looking different, or eating different, just try not to make a mess.

From my earliest youth, I remember that the children would ask each other on the first morning of Pesach, “How long did your Seder last?”
This was true in my youth, and it is still the case today. If the children were to ask me this now, I would answer them, “I made sure to eat the afikoman before chatzos (midnight).”

May you have a liberating and freilichen Pesach! 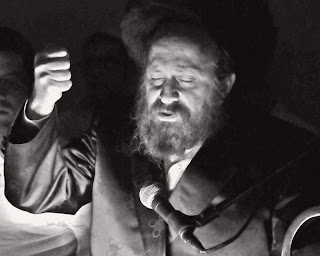 Dixie Yid has done the almost impossible (again).  He posted the official write-up of Rav Weinberger’s Shabbos HaGadol drasha, here.  Seems the drasha was on Shabbos this year.  In the past it has been Motzei Shabbos and the mp3 has been available the next day.

While I have yet to read it (it’s printed and sitting in my car), I know that Dixie Yid takes great care in writing up the Torah of his Rebbe.  I know that this must have taken a huge chunk of time and you have to go to Dixie Yid’s blog and check it out.

Last week during carpool my 12 yr old son shared the following revelation with me:

Abba, did you know that a Mitzvah Tank is just an RV that they Na Nach up Lubavitch style?

I smiled at his his observation, but it also initially bothered me. I have always found it somewhat troublesome when someone copies something from someone else and then they (those who copy) get credit for being creative and original.  I cringed when people would tell me how Blue Fringe had this “awesome new song” called “Hafachta” (originally written and performed by Diaspora Yeshiva Band).  I smirked when teens would tell me that “they came out with another Willy Wonka movie, but that guy just isn’t as weird as Johnny Depp”.  Some remakes of movies and cover songs are not all bad.  I just don’t like it when the originals get overlooked for, simply, being original.

Now, I don’t blame my son.  He’s seen Mitzvah Tanks in Chicago.  He has also seen videos of Na Nachs dancing in Tel Aviv, photos of their Na Nach’ed up vehicles, and even seen some guys selling their swag Motzei Shabbos on Central Ave (in Cedarhurst, NY).  In his mind, the Chabad that copied the Na Nachs, not the other way around.  It’s his frame of reference only because he saw the Na Nachs do it first.

I have been thinking about this for over a week. At first, as I described above, I was bothered. Then, after some hisbonenus  I gained a better perspective on things.  A number of years ago I heard an amazing vort on the chatzatzros, trumpets, used in the Mishkan.  R David Orlofsky quotes Rav Moshe Shapiro, who brings up the point that after Moshe was niftar, the trumpets he used were put away and hidden. Yehoshua had to fashion his own. Rav Shapiro says the reason is that each generation doesn’t aways respond to the clarion call of the previous generation. While the message is the same, the mode for communiting it has to be different.

R Micha Berger puts it like this on his blog:

If each generation has to be approached differently then, kal v’chomer (even more so) for each person.
We know that, ” A person is obligated to see himself as if he were leaving Egypt.” (Pesachim 116b)
The way that I might perceive my own freedom from Mitzrayim is, in fact, totally different than how anyone else sees it.  This obligation totally makes sense based on my son’s observation about the Mitzvah Tank.  My son has no choice but to see things from his perspective.  Hopefully he will experience Pesach in a very personal and meaningful way.  Hopefully I will, too.

The story below is being posted with direct permission for Rabbi Shafran. His father’s memoir, Fire Ice Air: A Polish Jew’s Memoir of Yeshiva, Siberia, America is available for purchase here and was also just released for purchase as an e-book (only $3.99) at Jewish e-Books, here.

I bought this book last year before Pesach and found it to be a fascinating story of survival, determination, and family.  There are amazing first-hand accounts of yeshiva life prior to the Shoah and how much impact one person can have on family, friends, and a community. 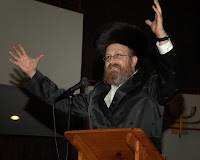 RavMosheWeinberger.com is offering a special free downloadable shiur, titled “Spiritual Growth Begins Beneath the Surface” on their website, here.  We’ll worth checking out!!!

Tonight after lighting, take a few minutes to think about the bracha of being able to serve our Creator, the neis (miracle) of preserving our innate holiness, and the power we have to spread it within ourselves and outward to those we are close with.  Chanukah was the last Yom Tov given to us* and its’ light will bring us back to Geulah (Redemption).

*As decided upon by Chazal 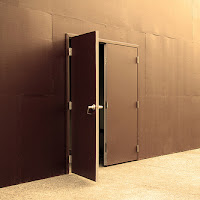