One of the things that constantly amazes me about R Itamar Schwartz and his Bilvavi Mishkan Evneh seform is that he is willing to pull and blend Torah from a variety of sources and derechim.  Again, this is a major reason I humbly think his seforim speak to our generation.


For example, in the second volume (both in chapter 1 and 2) he brings down an important educational concept from the Alter of Novardok, Rav Yosef Yozel Hurwitz.  In the Alter’s sefer Madregos haAdom he explains that there is a difference between understanding and acknowledging something on an intellectual level and actually experiencing it.  The best example of this that comes to mind would be the difference between reading about the beauty of a traditional Shabbos meal and actually being part of an enjoying a Shabbos meal.


Rav Schwarz applies this teaching of the Alter of Novardok in regard to Emunah and D’vekus (faith and attachment) in relation to Hashem.  Later, in the same volume (chapter 18) the author writes this:

“…rare individuals would roll naked in the snow or break the ice to immerse in the ice cold water of a lake or pond.  Still others practiced a strong form of self-criticism…They might fall into constant bitterness.  This will damage their avodah, because without joy, there is nothing!”

The ikar, the main point, is that unless the end result (or the journey) is, in fact, simcha, joy, then you are not getting the whole picture…!כי כשאין שמחה – אין כלום   The question I often have is, “How do I get there”?  It’s the ability to extract different strengths from a particular derech that really the gadlus of Bilvavi.  In an information age, when many Torah observant Jews can have access to many different seforim, multiple shuls and schools in a community, different types of Jewish newspapers and weekly publications (I’m not even getting into what’s available onilne), it’s hard to distinguish between what might be substance and what might be filler.


While some argue that Novardok was a type of Mussar that was only applicable for a particular time in the world’s history, I’m glad that the Bilvavi is exposing aspects of it to a new generation.  Don’t worry, I’m jsut as happy when I see a quote from the Baal haTanya as well.  One way that I know I am listening to a true talmidei chachamim or a tzaddik (and I don’t throw around that term) is that when they quote sources it will be from a variety of sources.
“Ben (the son of) Zoma said: Who is wise? He who learns from all people, as it is said: ‘From all those who taught me I gained understanding’ (Psalms 119:99). -Pirkei Avos chapter 4 mishna 1


For other posts dealing with the Novardok Yeshiva and school of Mussar click here.

I posted the following comment on Cross-Currents:
“I’ve always wondered why, if Novardhok mussar resulted in such a true Simchas HaChaim, didn’t it continue to spread after the Holocaust? I would have thought that after the war, Novardhok’s message of not giving up and carrying on would have been welcome.”


One reader took time to email me the following response:


Good question.
I am not a Novhardoker, nor a son or grandson of one (if you define it as someone who learned in a Yeshiva that was part of the Novhardok network) – that is to my knowledge. Although I had a an elter zeide who lived in the city.

I see that you ask one question in the second sentence of your comment, while the third sentence seems to be asking something a bit different.

Anyway, first to the second sentence question – Briefly, I would venture to say that although R. Shafran’s point is well-taken, it is lost on some, perhaps many/most people. Not everyone is a deep thinker like him, and some people only saw absorbed the part that, as he wrote “Novardhok had a reputation for a pietistic and morose – to some even morbid – philosophy.” I suspect that even some/many/maybe most students, their children, and kal vachomer outsiders, didn’t get beyond the part of Novhardok that ridiculed olam hazeh pre-occupation, etc., which ultimately can yield the simcha, when properly handled. R. Nekritz was a great man, not everyone made it that far, some just absorbed part one, and didn’t get to part two. I could elaborate more I guess.


I thank this person for taking time to give me a reply.

On Friday Cross-Currents posted Rabbi Shafran’s review and insights about this CD.  He also give insight into Norvardok Mussar, as his father was a talmud in Bialystock Novardok Yeshiva.  The post is available here. 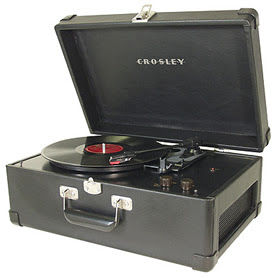 I recently saw signs in local botei medrash about a recording of Novhardoker niggunim recently put together in Eretz Yisroel. I called the number given and acquired it and was very impressed. I suspect that it would be of interest to others as well. I therefore wrote the following review of it, which I would like to share with Yated readers with your permission. Thanks for your assistance and all your good work.

The Novhardok Yeshiva movement was one of the largest, if not the largest such movement, in Eastern Europe pre-WWII. After the terrible churban, some remnants survived, notably in Eretz Yisroel, France, and the USA. Prominent gedolim of today with Novhardok connections include Rav Yitzchok Dov Koppelman of Lucerne, as well as Rav Yaakov Galinsky, and Rav Chaim Kanievsky shlita. The movement did not regain its pre-war strength and size afterward, however.

Consequently, although many people, especially from the younger doros, have heard of Novhardok, they often lack comprehensive knowledge of the deep Torah and mussar spirituality that Novhardok stood for.

One of the aspects of Novhardok that is little known today, is the niggunei hisorerus of the movement.

Novhardok had special Yiddish niggunim, composed by Novhardoker leaders, such as Rav Nissan Bobruisker and Rav Dov Budnik zt”l, Hy”d, which were sung on various occasions for chizuk in avodas Hashem.

Recently, in Eretz Yisroel, a breakthrough has come about, in which an excellent, high-quality musical release, entitled ‘Niggunei Hisorerus Novhardok’, with thirteen tracks of Novhardoker niggunim, has been put out. The niggunim have been recorded in a modern, up-to-date fashion with modern technology and musical accomplishment, with a talented vocalist. Additionally, accompanying the musical release is a booklet of approximately sixty pages, comprising a foreword and lyrics of the songs in Yiddish, with Hebrew translation alongside, line by line, which can be used to follow the songs and better absorb their deeper meanings. There are also a few historical photographs of Novhardoker Yeshiva talmidim and hanholo on the packaging.

The songs shed light on the times from which they came, with references such as not bowing to the hammer and sickle (communist symbol), redifos hadas (religious persecutions), and crossing the border between Russia and Poland. Some of the songs reflect mussar beliefs and practices, at times specifically Novhardok ones. There is mention in one song, for example, of having a notebook with a pen, part of a mussar practice in which people worked on their middos, while another envisions baalei mussar without a measure when Moshiach comes. One song with fifteen parts, focuses on different middos and themes, among them hatovo, amitzus, histapkus, hashgocho, bitachon, zehirus, zikkui horabim, and teshuvoh. The songs vary, with some being slower and others more ‘lebedig’ (lively). One particularly lebedig song is ‘Lebedig Yankel’, which (in two versions) talks about when Moshiach will come. There is also a short song at the end sung by Rav Yaakov Galinsky shlit”a.

The release gives a feeling of what it was to be a Novhardoker in the old days and helps us understand the spiritual power of Novhardok, which helped it grow to have thousands of talmidim pre WWII.

One needn’t be a Novhardoker talmid, or son, grandson, or great-grandson of one to appreciate and enjoy the recording. Anyone with a curiosity about, and gefil (feeling) for, the pre-WWII European Yeshiva world, should find it of interest. Even if your Yiddish is less than perfect, the line by line Hebrew translation make it possible for you to enjoy it as well.

It is available in both CD and cassette.

In our trying times, the spiritual strength such niggunim can offer is surely a welcome development. As we approach Kabbolas haTorah, niggunei hisorerus can help us and we can bring this forgotten aspect of pre WWII Yeshiva life back to life.

-A Yated Reader
If anyone is interest in contacting information about how to buy either the cassette or CD, please email me and I’ll pass the information on to you. -Neil 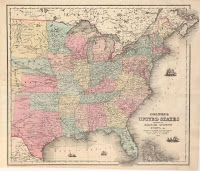 
In wartime, the generals pore over maps to scrutinize tiny dots, each of which represents a river, a hill, or a valley.  In this way they decide where to advance and where to retreat, where to dig in and which places to avoid.  On the basis of the study of this map a battle is waged.  But an ignorant person who came into the map room would be amazed to see the chiefs of staff studying tiny dots and would think them foolish for doing so.


The map of life is the Torah.  Some ignorant people think the Torah contains insignificant points; they don’t understand that each point is critical.  Spiritual gains and conquests are impossible with deep study of every letter, tag, and hint in the Torah.

A Simple Jew posted today about a new website by R Dovid Sears called “Solitude-Hisbodedus”.   It has great reading material, including a very interesting profile of Novardok and it’s derech in Mussar.  Here’s a sample

Just as he spent days and nights in hisbodedus (solitude and contemplation) in a room, or deep in the forest, so did he demand that his talmidim do the same. Thus, a room designated as the beis hamussar was installed in every Mussar-oriented yeshivah, where one could search his inner-self and study Mussar in privacy, whenever the need was felt.

The entire entry is available here .

If you see that someone came to the station after the train he wanted had already left, do not say that the man was late and missed his train, but that he cam early for the next train.  For everything is in the hands of Heaven.

“Blessed is the man who relies on G-d.”  The blessing is that not only does he receive his material needs, but he also binds himself to G-d though his bitochon.

“If I knew that in some distant place there was a person who would clairify the truth for me, I would travel there to learn from him.”

The sefer Reb Shlomo tells over the following interesting observation by Rav Freifeld regarding Slabodka’s success in America:

Reb Shlomo once remarked to a talmid that the Novardok style of mussar had never really caught on in America because “to be a gornisht, a nothing, one has to first be a zich, a something, and in America no one believes in his own self-worth.” (page 139)

While the Novardok network of yeshivos was rather extensive prior to World War II, it never was rebuilt as a network.  Slabodka (where Rav Freifeld’s rebbe, Rav Hutner learned) seemed to make more of an impact (just  look at a small list of those who attended Slabodka you’ll notice quite a few names that influenced the major yeshivos in America).  I’ve always wondered why Novardok didn’t really find a place in America.  Reb Shlomo’s insight says much about the Slabodka derech of building up a person and exposing their inner Kedusha.

Note:  The wesite Revach L’Neshama posted a brief biographical sketch today of the Alter of Novardok.