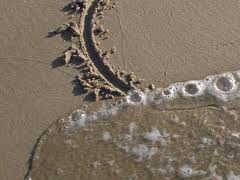 There’s been tons of chatter about the Mishpacha issue dealing with baalei teshuva. I read it and wrote the editors. Beyond BT as made arrangements to actually post the responses. You can read what they have posted, so far, here.
Fitting in or being reminded that you don’t fit in is a universal feeling. As a BT, I’ll admit, it’s an issue. I think, however, that the focus on not fitting in becomes more of an issue than if we really fit in or not. In 2007 I wrote something for BeyondBT titled “Are we to obsessed with integration?”
We live in an era when baalei teshuva have first, second, and even third generation frum from birth branches in their family trees. BTs are now shul rabbis, rebbes, teachers, kollel members, and principals within the frum community.