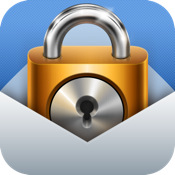 I recently received a secured message on my work email. I had tried opening it several times with a password I had previously set up. I tried accessing the message four times and the password wasn’t being accepted. It got to the point that I had actually tried too many times to open the message with a non-accepted password and was locked out.
Finally, as a last resort, I reset my password and was able to access the message. As I approach Yom Kippur I see, that even though Hashem’s messages are constantly being sent to me, in order to read them it is I that must change (which is also part of the message).  Changing what I think is the correct path, when all is said and done, means accepting that what I have been doing so far, isn’t really working.  I might be careful about not talking in shul, but am I really concentrating on the words (and translations) of what I’m saying to Hashem?