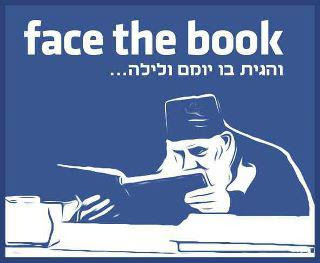 An old friend was sent this graphic and posted it on Facebook.  Brilliant and really good mussar for me, since I often find I am facing the wrong book.

On Monday, I finished listening to an amazing shiur from Rabbi Michael Skobac, the Director of Education and Counselling for Jews for Judaism (Canada).  The shiur, titled “THE FOREST BEYOND THE TREES: What is Judaism’s Bottom Line?” is available for streaming or downloading here.

As Jews, there are things we learn and things that our teachers view as “givens”.  I remember going though my entire freshman year at Yeshiva University’s James Stiar School without being taught the importance of working on oneself (mussar, with a lower-case “m”).  It wasn’t until my first night seder in a yeshiva in E’Y that I opened Mesillas Yesharim and realized there is a bigger picture than observing mitzvos.  It wasn’t until I read about a started listening to shiurim on Bilvavi Miskhan Evneh by R Moshe Weinberger and learning the Bilvavi seforim that I understood the importance of building a relationship with our Creator.  Unfortunately, I tend to over complicate things.  Rabbi Skobac does not.  In a clear, understandable way with examples that hit home, his shiur introduces the listeners to the real deal!  The reason that Hashem created us and what the big picture is in life for each Jew.  Some of the things discussed on the mp3 are based on teachings from the first chapter of Bilvavi Mishkan Evneh vol I and this shuir not only opens up one’s soul to those teachings, but allows you to listen to a master educator.  Regardless of your affilation or observance, listening to this shiur is an excellent use of 53 minutes.

A boy once came with a sullen face.  R’Nosson Zvi began to whistle and sing, “Should a person blessed with delights be sad” again and again until the boy was affected by the tune and the boy cheered up.

The third shiur from the YU Torah Mitzion Kollel of Chicago’s Tomer Devorah chabura is now online here.  That’r right.  If you are not working the day after Thanksgiving go ahead and download it or stream it.  It’s titled “Noseh Avon-Give people time to change” and what R Etan Ehrenfeld ties in from Rabbanu Yonah changed much of how I approach my own middos and avodah.  Remember, the chabura will not be meeting this Sunday, as R Ehrenfeld is out of town.

“Yiddishkeit is only transmitted one way, through simcha. It’s not transmitted through intimidation.”

The quote, isn’t mine (but I wish it was).  It was said by Dr. Rabbi Jerry Lob, a clinical psychologist in Chicago.  These two sentences are actually from a lecture he gave a number of years ago for Priority-1 titled “The Making of a Mentch”.  The mp3 is available for streaming or downloading here.  I look at these everyday when I come into work.  My children would probably be better off if I posted them on the back door to read become I come home.

All too often the core values we want to impart, the middos we wish to highlight, and minhagim we wish to give over, and the Toarh we attempt to teach isn’t always transmitted through simcha.     This really should be a refrigerator magnet and sold as a fundraiser for a school or yeshiva (another good idea of mine that someone will profit from).

Think about it.  If teachers would read this before starting their teaching day, our chinuch system might be a little different.  If I read this before sitting down for a Shabbos meal, trying to get a child to start their limudei Kodesh homework, or telling my own kids kids to clean their rooms our home would be different.  I don’t think that showing simcha is the end all cure for all the ills within society, but it has got to be a better option than intimidation.

For more reading about happiness, I will refer you to an article about the Chazon Ish’s view of happiness that can be found here.

These quotes are both attributed to R Yisrael Salanter.  I know there are other variations out there, as well.

I found myself thinking of these quotes in shul this past Shabbos morning.  Why?  Because I found myself losing my patience and getting frustrated.  It was good thing that this week, thanks to the Tomer Devorah chabura I’m involved with, I’ve been working on patience/tolerance.  We learned that even when a person uses free will and make the choice not to serve Hashem and commit an aveira, Hashem never stops being patient.

My take on both of the “quotes” of R Yisrael Salanter is that it all starts and stops with me.  RYS starts off by saying that when he started learning and ends off with how he must judge others and/or change himself.

People will do what they will do and it may go against halacha or what I view as common-sense derech eretz and it stinks, but patience is key.  By exercising that middah we emulate Hashem and attach ourselves to him.  I know there are many areas that I fall short in, but Hashem’s patience with me is everlasting.

That being written, it’s not always easy to look the other way, hoping that someone will eventually get a clue.  While not a fan of confrontation, I am a fan of finding a proactive way to fix problems that doesn’t involve complaining to myself.  Sometime, like, now, the only fix is to attempt to set an example, even if I am the only one who notices the effort I put forth in regard to being patient.

The second shiur from the YU Torah Mitzion Kollel of Chicago’s Tomer Devorah chabura was just posted online, here. The shiur, “Mi Kel Kamocha, Patience and Anger“, discusses the first middah.  Rabbi Etan Ehrenfeld touches on the importance how Hashem is always patient with us and says over in important teaching from Rav Dessler zt”l.  Take a listen and if you’re in Chicago, come to Congregation KINS this Sunday and join us from 8pm-9pm!

This past Sunday in Chicago there were community hespedim for Rav Nosson Tzvi Finkel.  TorahAnytime.com currently as both video and audio of Rav Ephraim Wachsman’s hesped at Congregation KINS, available here.  I don’t know who took the video, but I appreciate it. 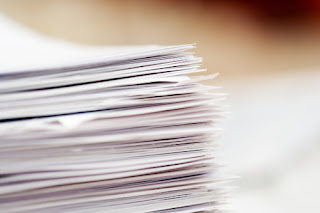 The following story about Rav Nosson Tzvi Finkel zt”l is from the hesped given at by Rabbi Aryeh Cohen at the Hebrew Academy of Long Beach.  Any mistakes in the transcription are my own.  The entire emotional and personal hesped is available at YUTorah.org.

I’ll never forget.  One day I walked in to speak to him in his house.  He was sitting at his table, where he often was, and he has a pile this high, probably five hundred pieces of paper.  And they were letters to thank those who came to the Mir Yeshiva dinner for coming and helping out, whatever tzedaka.  And he was sitting there signing every single one personally.  Every single one, “Nosson Tzvi Finkel”.  Every one personally.  And when I tell you that each one took anywhere between thirty seconds and a minute, it’s no exaggeration.  It was very hard for him with his Parkinson’s and his arms flying to just, it was the way he would write, so until he got his pen down, once he got his pen down he could start, so he would be able to slide and finish that particular line.  But, each line took a long time for him to start, sometimes ten, twenty, thirty seconds.  Never heard of computer images, of a stamp?  Your sending out a mass letter of five hundred letters, maybe more, that was one pile.  There might have been more piles.  But, the Rosh Yeshiva understood that the chizuk, the inspiration, that each individual gets to have a little bit of a signature of the Rosh Yeshiva, to feel that kesher to the Rosh Yeshiva.  I’ll tell you, if you talk to anyone who learned in the Mir, they will tell you what they loved most was that kesher to the Rosh Yeshiva.

So, tonight marks the second yahrtzeit of my father Al Harris a”h, Avraham ben Zorach. While the picture on the the right might not be the clearest, it was taken on his last visit with us in Chicago, in July of 2009, only three and a half months before he was niftar.

It’s funny how the mind works. A few months ago when R.E.M. broke up I had a flashback to my sophomore year in high school. It was a Thursday night in the fall of 1985 and my father was driving me from Wichita, KS to Kansas City- a three our drive. It must had been fairly late at night, because we were listening to Larry King’s talk show and he had Michael Stipe (lead singer from R.E.M) on as a guest and there were tons of calls to him about the state of college music.  My dad thought it was cool that “my music” was being talked about on the radio.  That wasn’t the cool part.  The really cool part was that my dad was driving me all the way to Kansas City, so that I could catch an Amtrack train to St. Louis to attend an NCSY shabbaton (youth group retreat weekend).  He drove me and then drove straight back home.

So, tonight marks the second yahrtzeit of my father Al Harris, Avraham ben Zorach.  While the picture on the the right might not be the clearest, it was taken on his last visit with us in Chicago, in July of 2009, only three and a half months before he was niftar.

Rabbi Eliyahu Eliezer Dessler zt”l taught the world that it is giving that leads to love, not love that leads to giving.  Meaning, that the love we have for another is a natural outcome of our giving to another, of the deeds we perform.  Deeds that come from giving, like driving me three hours away to catch a train.