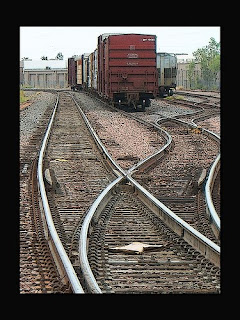 (Image from Flickr)
I was recently asked a very interesting question during an interview for a volunteer position.  The question was, “What is my style of parenting”?
I answered that I tend to be somewhat strick but within large parameters, so that there’s flexibility and a feeling of making a choice.  In truth, I’ve been working on being more laid back since the kids started up in school again.  Prior to being asked the question, I had been giving my parenting skills a lot of thought over the past two months.  My wife has pointed out that I’m, at times, somewhat demanding about little things, especially after my kids have spent almost eight hours in their day school.  As a product of the public school system, I really don’t know what it’s like to deal with both a duel-curriculum and a long day at such a young age.  My wife was right (as usual), I was putting emphasis on the wrong things and at the wrong time.
I had been wanting to write about this for quite some time, especially after reading something that R Nosson Kamenetsky wrote in Making of a Godol regarding Rav Nosson Tzvi Finkel, the Alter of Slabodka and his derech of Mussar within the Slabodka Yeshiva (Knesses Yisroel), the yeshiva he started.  The following is from page 57:

By 5664 (1904), with Russia’s humiliating defeat in its war with Japan, the winds of Socialist revolution blowing through the Russian cities and villages for decades increase in velocity.  By 5665 (1905) they had reached hurricane force and sucked in a sizable number of yeshiva students- including a son of R’ Noson-Zvi.  The anti-Musar forces merged with the revolutionary element to endanger the very existance of the yeshiva.  To the good for fortune of both yeshivoth [Knesses Beis Yitzchak and the Alter’s yeshiva], when the revolution was quashed, the goverment clampdown on all Socialist sympathizers cleared the yeshivoth of their troublesome elements.  R’ Frankel’s stance through the first years of the crisis was perceived by many as passive and weak, and evoked sharp criticism within his yeshiva.  But beneath this outwardly inert pose, cataclysmic changes were evolving.  The Alter was metamorphosing his educational technique, and ultimately, when he personally was struck with the tragedy of his son’s apostasy, a new approach to Musar crystallized inside him.  No longer did he dwell on the weakness of humanity.  He turned instead to reflect on man’s potential for greatness.  His shmuessen (“conversations”, musar talks) began concentrating on the sublimity of Adam before the Sin, on the superiority of the Patriarchs, on the grandeur of Biblical figures, on the loftiness of the Generation of Wisdom hearing the Word of G-d in the desert- and on how every individual can reach those dizzying heights.

So, it seems that even though the Alter started out with one particular derech, he realized that there was another route that would allow him to arrive at his destination.  I read this passage two months ago.  I’ve been reading it every day since then, prior to my hisbodedus.  While it is far easier for me to pick apart things that my children don’t do, it takes effort and strength to be able to help build them up.  To be hypercritical about clothes being thrown on the floor, is really not the most important thing in the world.  Letting your children know that you believe in them and their innate greatness is probably more important.

I think that’s what the Alter realized.  To change one’s battle plan midway though the war means that you have both humility and confidence in what you feel is right.  It takes much strength to accept what the real emes (truth) is.  I’m sure there were murmurs throughout Slabodka and Kovno (just across the river Vilna) when the Alter’s Mussar started focusing on Galdus HaAdam (the greatness of man).  While I could not find any biographical information about what ultimately happened to Rav Rav Nosson Tzvi Finkel’s son, I do know that Slabodka and it’s talmidim became one of the most influential forces with the yeshiva world.  Probably because the Alter of Slabodka chose a track that builds, not one that breaks.