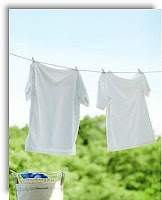 A friend of mine alerted me to this letter that was recently published in Where What When in Baltimore:

I would like to address the ongoing problem of teenages going astray in our community. The question is where are the teenagers supposed to “hang out”? Some families in our community think they have the answer, which is to open their homes as the “cool” place for teenagers to hang out. These families do not always have teen-aged children themselves but permit actvities in their home that the teens’ own parents parents would not allow. Why would their home be the ideal place for teens to be? Perhaps they have a big television, a Wii for gaming, and other home entertainments that might not be at the teen’s home. Is that really the only solution we can provide?

What about Shabbos afternoons? Once again, there are families that think they can provide the perfect opportunity for teens to be supervised in a “kosher” environment. My question is, is this really in the best interest of our teenagers?

The shuls in our community have activities for yough children, such as Bnos and Pirchei, but nothing for our teenagers. Why can’t we offer our teens organized activities? There are so many opportunities available: like visiting nursing homes as a group, learning programs, games, and other organized activities geared for teens.

It is time for the rabbis and community organizers to take action to protect our teens and direct them to use their time in a productive and true Torah way.

I’ve been sitting on this post for a few weeks.   I wrote a letter to the editor.  What follows is the basically what I sent in.
I realized that that the author is trying to address two issues:
1)  Kids hanging out in private homes
2)  Lack of organized Shabbos activites for teens

Regarding the first issue, what’s really so wrong with teenagers “hanging out” in a private home with parents supervising?  I know, as a parent, I would much rather have my children spending time at someone’s home instead of sneaking around with me knowing under adult supervision.  If a family doesn’t chose to have a television in their home and they don’t want their child “hanging out” with kids watching television, then tell you child “No”.  I understand the Yetzer Hara to condemn another family for making a “cool place to hang out” must be incredibly stronger than the Yetzer Tov to actually be a parent that is involved and has a relationship with their on child.  A relationship that allows a parent to say “No.  I don’t want you watching television or playing Wii”, has to be based on true respect and honesty between parent and child.  A relationship like that takes time and hard work.  Most of us can’t even find time check email mail, these days , let alone attempt to forge a relationship with our children.

However, would you rather have your teenager hanging out with other teens unsupervised behind your back?  Trust me, there are plenty of nice “frum” boys and girls who do things secretly that would make their mothers flip their sheitels.  I think it’s great that someone is opening their home to teenagers in a supervised way.  I take my kids to the “Shabbos park” and I notice groups of teenage boys hanging out without girls around.  I also see teenage girls chilling out without any boys around.  I also, every so often, see a mixed group.  If the teenagers are not at the park then they must be someplace else and doing something else.

Now, the second issue is something that seems like common sense.  Why not have organized programming available to teens is a community?  I think if NCSY, Bnai Akiva, or a local Agudath Israel or a community Kollel were to set up options like the letter writer suggested it would be awesome.  Of course, then we get into the issue of should the program be separate-gender.  I would suggest there be various tracks, so children and parents can choose.

My oldest uber-child is only 9 years old.  I’m not sure if a co-ed program would interest him when he’s a teenager.  I do know that unsupervised hanging-out isn’t the best option.  I spent plenty of years (pre-observance and after I became observant, as well) hanging out at homes when parents were not around.  I will only say that we hung out at these homes, dafka, because parents were not around.  If parents take the initiative to open their homes, the better off those teens are.

4 thoughts on “Hanging out: Teenagers”