“Many of us this year bemoaned, too, the tarnished image of observant Jews these days, the result of recent headlines. It seemed almost appropriate to include newspapers among the dirges recited on the day.”  -Rabbi Avi Shafran

Of all the seforim that make up your daily learning seder, what do you have the most difficult time learning?

My anwser is posted on his blog, here.

Musar and good behavior cannot be rendered durable without extensive stratagems, to bind the instruments of the mind thereto, until a strong impression is made upon the heart, whereupon the outer limbs are suffused with strength and bring forth into actuality the exalted goal: lowly physical lusts- shameful vainglory and jealousy- can no longer restrain one [in this strategic effort].- Rav Yisrael Lipkin (Salanter) from Letter One in Ohr Yisrael 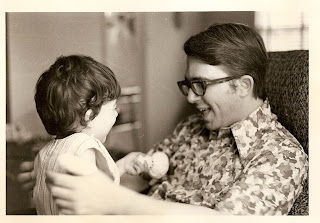 Just last week I was able to view some old home movies from my childhood.  These were old 8mm movies that were transfered to DVD.  Although my children didn’t really understand why there was no sound, my father and I got a kick out of watching them.  For me it was really something very unique.


When you look at old pictures you get a feeling for that frozen moment in time, but viewing movies is a totally different experience, even without the sound.  I watched footage of my parents playing with me when I was a newborn, my fiirst birthday party, family trips and visits with relatives.  While these were all great to view, there was one thing that really got to me.  Seeing my father play with me.  These images were priceless.  It showed a side of him that I hadn’t seen in many years.


My relationship with my dad is a very formal one.  We talk a few times a week, but mostly it is about things that are really not that important (this is something that is being worked on).  To see him playing with little old me in these old home movies really got to me.  It reminded me how parents have such a strong love for their children, even before their children are old enough to do things on their own.  It reminded me of how much I love my own kids and how fun it is just to play with them.  The joy and love that a parent has for a child is, in fact, almost childlike itself.  We act silly with our kids, do things to make them laugh, and shower our kids with affection.  Eventually the child grows up, life has more demands, and, at times, the parent/child relationship becomes more serious than fun, more formal than comfortable.  This is just my observation.


The fact that it is Rosh Chodesh Menachem Av only makes this post more meaningful, for if it wasn’t for our Father’s love, Avinu Shebashamayim, we would not be here.  The love never stops. 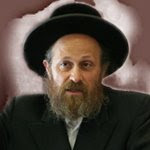 Aishkodeshaudio.com currently has five of Rav Weinberger’s shiurim available for free.  Please check them out here.

I listened to two them (Baal Shem Tov 1 and 2) today and they were great!!


A resolution to bring all of Jewry back to Torah was found in his satchel.  When asked how he planned to carry out this resolution, he replied, “I have resolved to keep all the laws of the Shulchan Oruch strictly.  In this way I will serve as a living Shulchan Oruch, and anyone who wants to keep the Torah will be able to see in me a living example of a complete Jew and learn from me how to return to the Torah.”

I posted the following comment on Cross-Currents:
“I’ve always wondered why, if Novardhok mussar resulted in such a true Simchas HaChaim, didn’t it continue to spread after the Holocaust? I would have thought that after the war, Novardhok’s message of not giving up and carrying on would have been welcome.”


One reader took time to email me the following response:


Good question.
I am not a Novhardoker, nor a son or grandson of one (if you define it as someone who learned in a Yeshiva that was part of the Novhardok network) – that is to my knowledge. Although I had a an elter zeide who lived in the city.

I see that you ask one question in the second sentence of your comment, while the third sentence seems to be asking something a bit different.

Anyway, first to the second sentence question – Briefly, I would venture to say that although R. Shafran’s point is well-taken, it is lost on some, perhaps many/most people. Not everyone is a deep thinker like him, and some people only saw absorbed the part that, as he wrote “Novardhok had a reputation for a pietistic and morose – to some even morbid – philosophy.” I suspect that even some/many/maybe most students, their children, and kal vachomer outsiders, didn’t get beyond the part of Novhardok that ridiculed olam hazeh pre-occupation, etc., which ultimately can yield the simcha, when properly handled. R. Nekritz was a great man, not everyone made it that far, some just absorbed part one, and didn’t get to part two. I could elaborate more I guess.


I thank this person for taking time to give me a reply.

On Friday Cross-Currents posted Rabbi Shafran’s review and insights about this CD.  He also give insight into Norvardok Mussar, as his father was a talmud in Bialystock Novardok Yeshiva.  The post is available here.