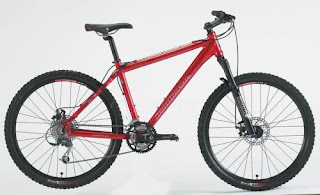 Last night, very late, I went out and biked for half an hour.  It was very quite and I stayed within my neighborhood, but I was able to listen to a shiur from Rav Weinberger titled “Making Ourselves Into A Receptacle To Accept Torah “.  The shiur was great and as I listened I had in mind that it was in the zechus of a Refuah Shelaima for Rabbi Maryles ‘ grandson.


Wednesday night’s eight mile ride was good, but I had to deal with the wind that made Chicago famous.  It was a much harder ride thanks to the wind.  I started listening to a new series of shiurim given by Rabbi Yossi Michalowicz from Thornhill, Ontario, eh.  These shiurim are based on Mussar Vaadim given by Rav Avigdor Miller zt’l that were complied into a two volume set called “Shaarei Orah”.  I have read “Rejoice, O Youth” and “Torah Nation”, but the first two shiurim that I listened while biking were really uplifting.  The first idea that is discussed is that thinking about something is not the same as acting upon it.  For example, I can think about biking, but that is totally not the same as actually going out and biking.  You can think about drinking something if you are thirsty, but that will not quench your thirst.  The series is available for free right here .


Rav Miller’s view is that we need to move past that initial thought and make it something concrete.  In an attempt to accomplish this I will start thinking about how I really do wish people have a “good morning” before I wish them “Good Morning” (starting with those in my family).


As I listened to these shiurim base on Rav Miller’s Vaadim I had in mind that my friend’s wife was in need of a Refuah and that I was also listening in memory of both grandfathers a”h of two friends, the father a”h of a close friend, a mother-in-law a”h of a friend, and in memory of my in-laws a'”h.


With only four days left there’s still time to help out Chai Lifeline by sponsoring me.  Just click here and find my name in the pull-down menu.  No amount is too small (or too big).  Thanks for taking time to read this.

1 thought on “As Sunday’s bike ride gets closer, I continue to train”