Six years ago, on the second day of Chol Hamoed Sukkos Rav Ahron Soloveichik was nifter. I was never a studen of his, but was influenced by several of his talmidim in very informal settings throughout my Torah observant life. I did have an opporutunity to hear him speak when I was a freshman at YU in the fall of 1989.
I admit, sadly, I do not really recall the content of the shiur. I was fresh out of public school, and had hear the name Soloveichik (usually refering to Rav Ahron’s brother, Rav Soloveitchik) before and figured that this would be an opportunity not to miss.
It was a week before Rosh Hashana and Rav Ahron was delivering a shiur on Hilchos Teshuva.
http://en.wikipedia.org/wiki/Ahron_Soloveichik
http://www.famousrabbis.com/rebaharon.htm 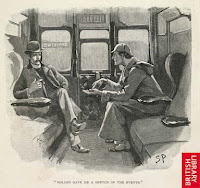 This year I am trying to remember the chessed and Tov that Hashem is constantly showing me. Here are a few highlights of my Rosh Hashanah…

The Chofetz Chaim said over the following moshel:
A successful business owner once ran into a friend who had, also, been succcessful, but recently his business had gone under. The fellow who’s business had suffered asked his friend, “Would you be able to lend me a thousand rubles?”
The wealthy man said, “That is an extremely large amount of money to lend out.”
The now poor man said, “I know, I know. It’s just that I heard about an amazing business investment and I know that if I can get in at the bottom floor I can regain my lost fortune.”
Well, after some more discussion the one thousand rubles were loaned out. They agreed that after one year the money would be repaid. The former business tycoon took the money home and put it away in a drawer and left it alone.
One year later, a knock on the door brings these two men together again. Our wealthy business owner comes by to collect is thousand rubles. His friend opens up the drawer and gives back the money.
The wealthy examines the money he is given and is strartled. He notices that it’s the exact same money, down to the order it was given in. He exclaims, “What kind of joke is this? You begged me to help you invest in a business that would yeld a great fortune. You just took the money and put it away. You blew an unbelievable opportunity.”
We are all given an opporutnity to make an investment for a given amount of time in this world. We have countless investments that we can make with our neshamos. Imagine how Hashem feels when we do not use the gives he has given us…so says the Chofetz Chaim.
I love this moshel and, yet, it is my least favorite moshel to read or think about. In truth, I’ve been thinking about it all month. It speaks to my neshama and, yet, I can’t stand it. It hits way to close to home, and that’s the problem. It’s like that friend you really don’t want to see because he sees through your schtick and excuses for not tapping into your potential.
As I look back I see certain ways that I have grown. I also, more clearly, see opportunities missed, chances not taken. My wife and I spoke last night about the idea of regrets and choices we’ve made. There are always “what ifs” about certain decisions we make. What’s more difficult to face is when you are in a situation and the question is “what now”?
I know that I am truly blessed to be exactly were I am in life, right now. Yet, I wonder if I have used the ‘rubles’ given to me wisely? This kind of thinking can get one down, I know. Then I look at this this Norman Rockwell print (my father actually gave me a lithograph of this print back in 1988) titled “BLANK CANVAS”.
For me, it’s great mussar. All the tools are there: the paint and the paper. There’s even a stack of sketches for possible illustrations. The choice is up to the artist. The choice is up to me. What do I want to create this year for the King of Kings? What is my mindset or my attitude?
Nothing can stop the man with the right mental attitude from achieving his goal; nothing on earth can help the man with the wrong mental attitude. –Thomas Jefferson
I thank you for reading and I wish you and your family a K’siva V’Chasima Tova. May we all have a year of inspiration, simcha, and Geulah!